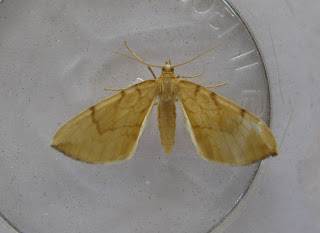 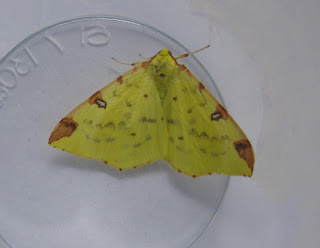 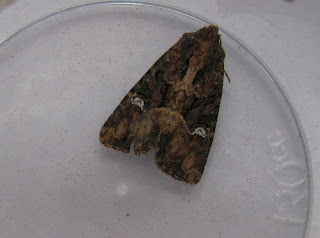 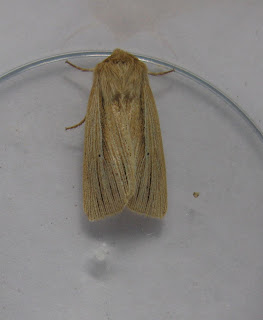 The first moth trapping night for quite a while. Although the experts say that catching in light rain is OK - indeed can lead to more moths being caught, I tend to avoid nights where the forecast is for rain, which means a lot of them recently. 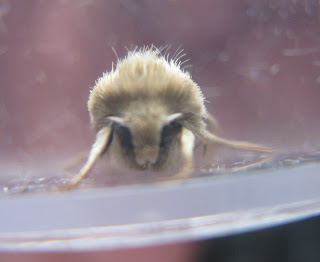 Anyway, here's a selection from last night, starting with the Barred Straw which looks as if it only has one pair of wings, but the rear pair are there, just held out of sight under the forewings. Then there's a Brimstone (as yellow as the Brimstone Butterfly (which doesn't occur this far north), the Common Rustic and finally the Common Wainscot, including a head-on shot which looks quite fearsome. It's probably not quite in focus but was taken through the side of a curved plastic pot!
Malcolm
Posted by Islay Natural History Trust at 17:28