This photograph shows a Basking shark at the moment of breaching off Bunnahabhain.  It was sent to us by Gordon Homer - who runs the well known whisky-oriented site http://www.spiritofislay.net/  Many thanks Gordon, photos of these sharks breaching are, as you can imagine, quite unusual to say the least...

There is some debate as to why the world's second largest fish, normally the most laid back of creatures, should suddenly wish to launch itself clear of the water, but they do so quite regularly apparently.  Some believe it is to do with attempting to rid themselves of external parasites such as lampreys, others believe it is part of a mating ritual - all part of trying to impress the ladies (or gentlemen I suppose - we mustn't be presumptuously sexist, even about Basking sharks).

Truth is of course, we haven't a clue why they do it...

Basking shark fans should check out 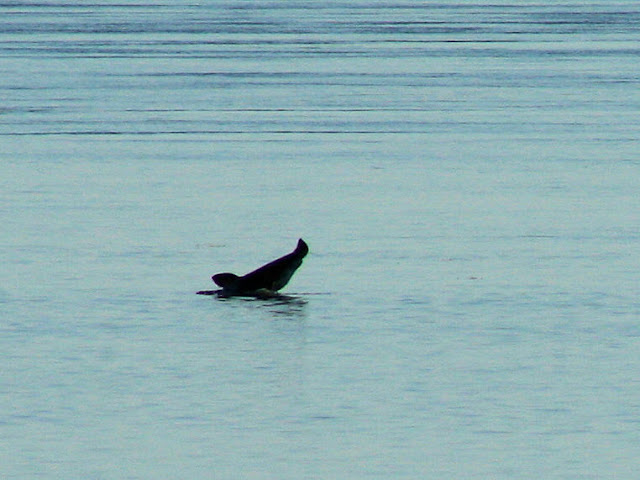