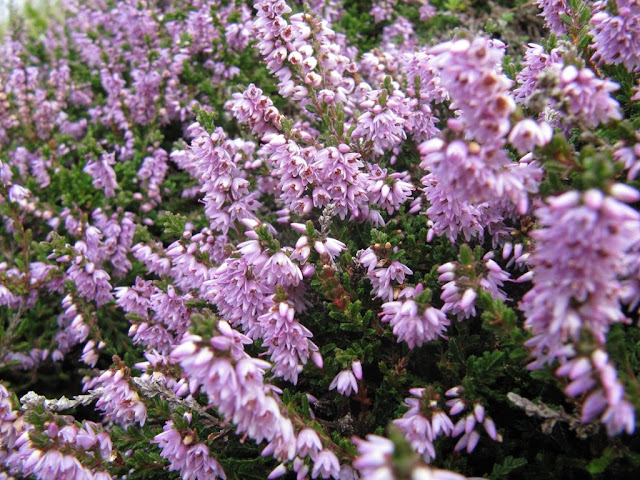 The flowering tops of ling heather are brewed into wine and used to flavour ales (including the commercially available Fraoch produced by the Heather Ale Company). They can also be dried and used as a pleasant substitute for tea.
Beehives are moved to heathery areas in the late summer for the production of heather honey.
Heather produces a green dye, traditionally used in the Harris Tweed industry. It has also been used for tanning leather.
Heather has many other traditional uses, including bedding, rope and thatch. It is still occasionally used for the last of these.
Heather tea is taken to treat urinary infections. It can also be used as an exteral wash for eczema. An armful of heather added to the bath is said to relieve rheumatic pain.

So now you know....  This particularly lush bunch of heather flowers was found on the side of a ditch above Kilchiaran