This first-winter Glaucous Gull turned up yesterday on the grass strip between the road and shore immediately outside my house. This got covered in debris in the storm on Tuesday last week and the bird spends its time pecking through it. They are irregular visitors here from the arctic - breeding in Iceland, Svalbard and arctic Russia. Some winters we only get one or two (as this winter, so far) but in January 2012 there were an exceptional 25–30 present on the island.
Malcolm 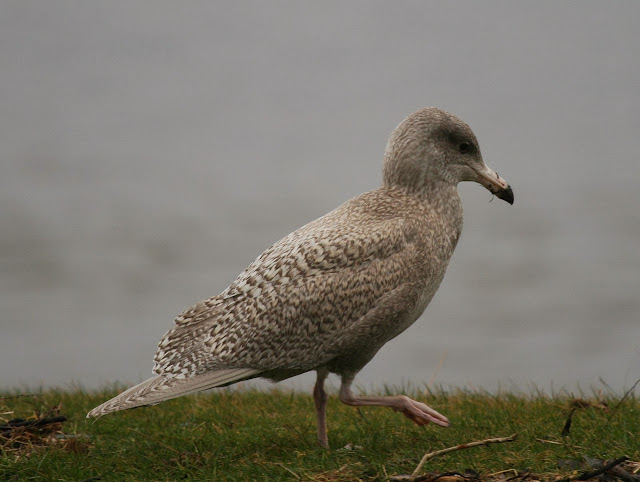 
The wintering Scaup flock spends most of its time somewhere out in the middle of the loch between Blackrock and Bowmore, but every so often some of them come close to shore, as here.
Malcolm 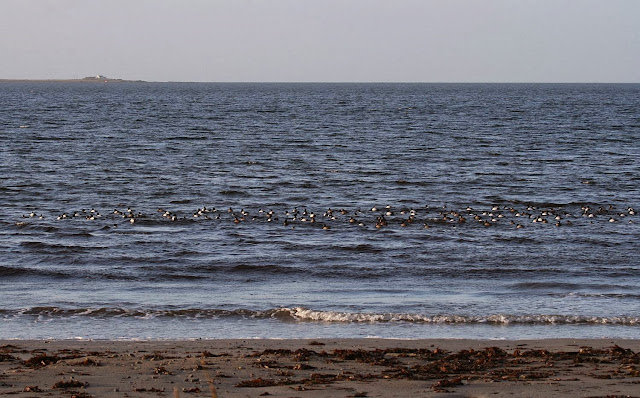 Posted by Islay Natural History Trust at 16:03 No comments:

Yesterday, the wind dropped to nothing, the sun came out, and here's a Chough enjoying life, as usual.
Malcolm 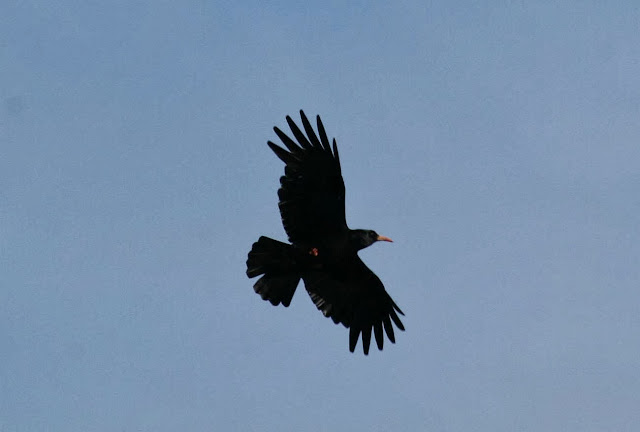 Posted by Islay Natural History Trust at 13:42 No comments:

A Happy Christmas to our readers and many thanks for following us. We hope you enjoy what we offer you here about Islay's fabulous natural history, even though the flow of new posts has been somewhat intermittent of late.
This was the view from our house this morning shortly before 9.00 am. The gale to storm force winds of recent days have veered from S to W and so the sea outside looks almost calm when looking east, as here, whereas yesterday the waves were washing debris across the road in a number of places round the loch.
And if you want some natural history, spot the two gulls!
Malcolm 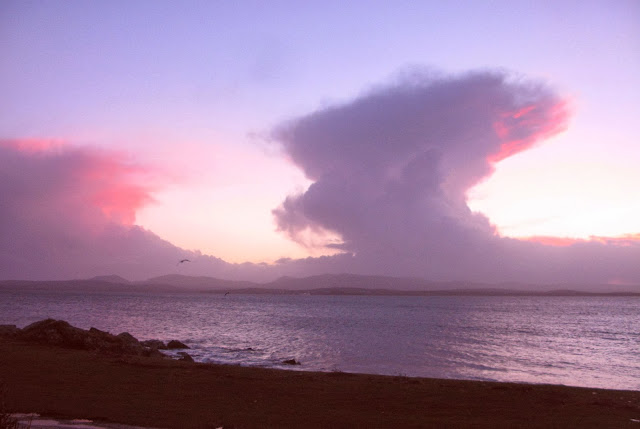 Posted by Islay Natural History Trust at 10:14 No comments:

Last Saturday, a new species of mammal was seen on Islay.

It was all down to Mary Redman (leading the sleigh) who spent two years working with the Cairngorm herd and, now resident on Islay and working for the RSPB, had this inspired idea to bring a group of them, plus, of course, Father Christmas, to Islay, which meant carrying out some serious fund-raising. Every Christmas, several towns are visited like this across Britain, but rarely the islands. The stormy weather of the last week or two relented sufficiently to allow the six reindeer and their handlers to arrive and depart as arranged. The parade through Bowmore was attended by thousands (well, hundreds) of excited children and their parents.
Thank you, Mary.
Malcolm 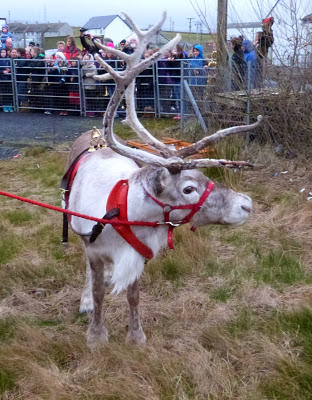 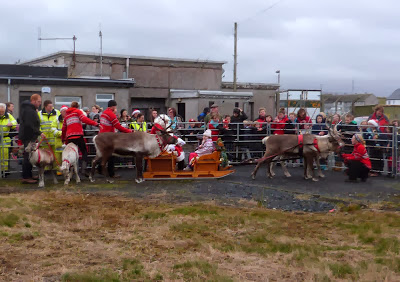 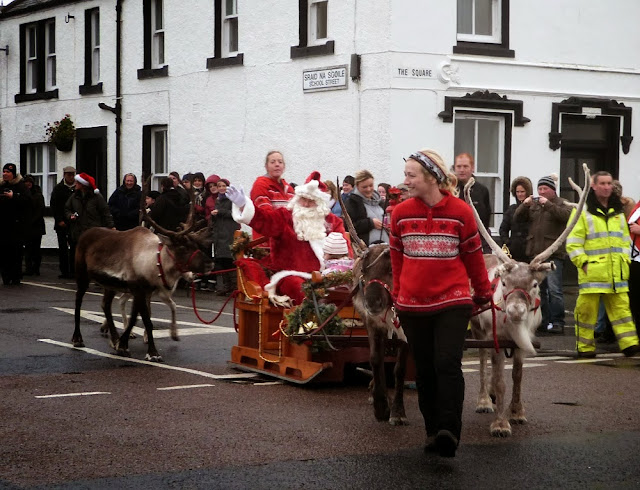 Another dead cetacean was spotted this morning on the beach near Carnain, Loch Indaal, by Grant Carmichael who lives close by. He phoned SNH who phoned me. I was out goose counting round Loch Gorm at the time and was able to find it on my way back to Bowmore and do the necessary. This time it was a Common Dolphin, dead well before it washed up here. The winds have been strong and more or less southerly the last few days so it could have travelled some distance before coming into the loch. It isn't a very pretty sight, but here are the photos nonetheless as they show the salient features of this species with its well-toothed jaws in a longish beak, curved white side patches and a fairly small dorsal fin. It was just under 6 foot long (181 cm). I collected a sample of skin and blubber and am sending it off to the Scottish Marine Stranding Scheme where they will be able to test it for pollutants and also obtain the DNA to add to their databank and compare it with others of the same species.
Malcolm 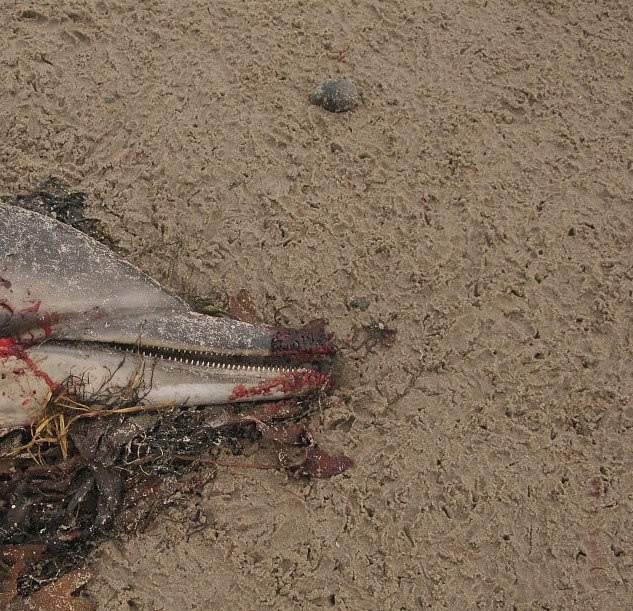 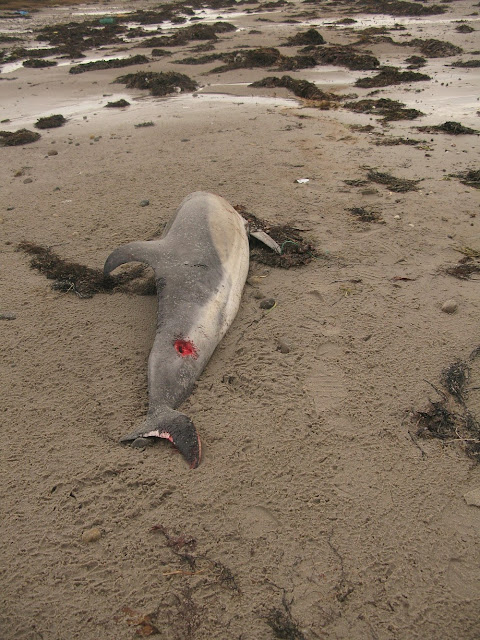 Posted by Islay Natural History Trust at 21:13 No comments:


Posted by Islay Natural History Trust at 23:01 No comments:

The bright yellow flowers of gorse make one of the few splashes of colour here at the moment, and raises the question of why bloom in winter when there can't be many, if any, insects around to fertilise the flowers. The answer seems to be that, when there are no insects, the gorse is capable of self-fertilisation, which is a pretty good strategy for having a prolonged flowering season. I've also seen it suggested that this is a good time to gather the flowers to make gorse wine or cordial, as you won't have to spend time trying to remove the tiny flies and beetles seeking the nectar inside the flowers!
Malcolm 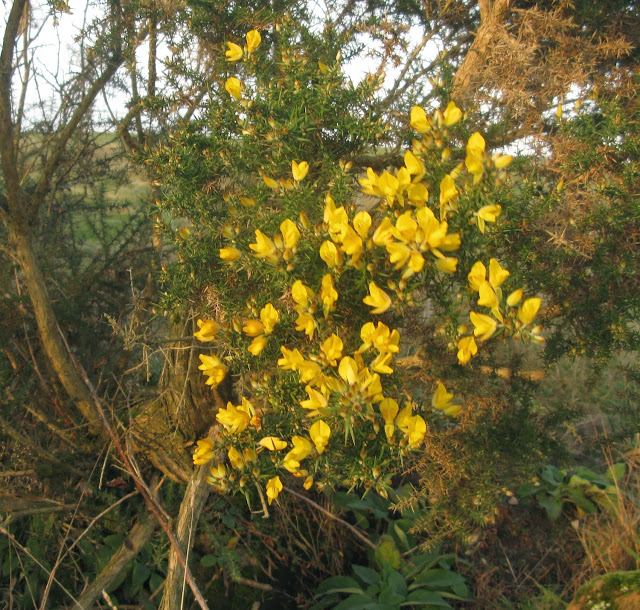 Posted by Islay Natural History Trust at 16:14 No comments: 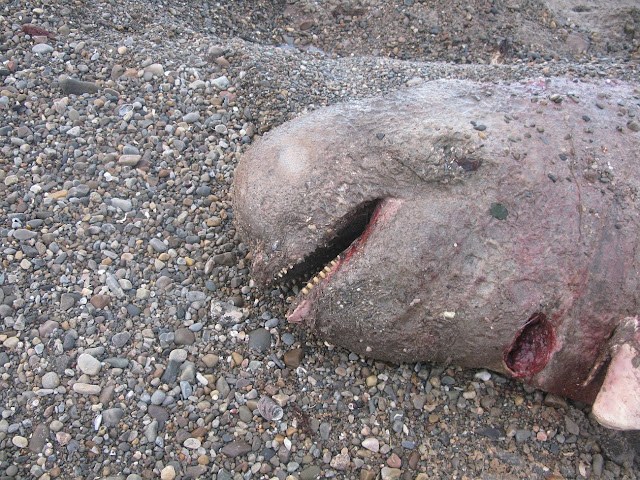 Posted by Islay Natural History Trust at 17:13 No comments:

Putting on the beef

The nearest beast found me more interesting than its food, but none of the others.
Malcolm 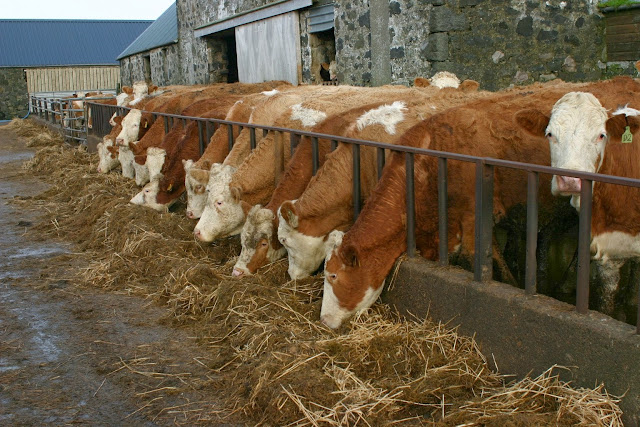 Posted by Islay Natural History Trust at 16:15 No comments:

During the last full moon, there were several clear nights and the Barnacles were out feeding in the fields. They then spend the daytime snoozing on the mudflats at Bridgend and at Loch Gruinart. It makes them quite easy to count, though one has to take care not to count their reflections, too!
Malcolm 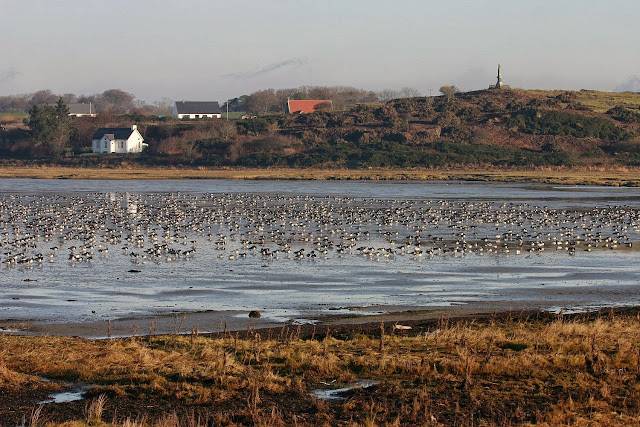 Posted by Islay Natural History Trust at 16:49 No comments: