A new walk for me and my first solitary walk in ages. This is fascinating territory, but be warned - it is far from easy walking in places - lumpy, boggy, scrubby woodland, steep slopes, barbed wire fences with no gates. At least there was no bracken to contend with. I went in search of Dun na h-Uamha, but missed it by a fraction (which unfortunately means returning some time!) However, I found a real gem and so unexp-ectedly, a ruined croft situated in an enviable position above Gleann na -h-Uamha with fantastic views. On a glorious day like Monday there really is no better place to be in the whole wide world!
Becky

More photos from the Bolsa walk

Posted by Islay Natural History Trust at 06:52 No comments:

A walk in the snow

If I was being really fussy I'd be moaning that yesterday was not today (in terms of the weather!), but it's a good job I'm not that fussy and that I haven't thought about that at all today! If it was cloud I yearned (ever so slightly) for on my last post, it was less of it I was wishing for yesterday, but never mind; we can say we walked to Bolsa in the snow! And it would only be ever so slightly an exaggeration. OK, so it was only a slight (but continuous) flurry and we didn't quite make it as far as Bolsa, but we got enviable views of Jim's second otter (his first was not so enviable and only minutes before the second). Sadly no photos, but we watched it for a good 20 minutes, catching a crab, then coming onshore to eat it and then swimming out again and then returning to have a drink in the river and waddle up the path I'd walked up only minutes before. It really was amazing. That's what comes of forgetting your binoculars (Jim) and bringing the wrong camera (Becky). What a fantastic day!
Becky

Posted by Islay Natural History Trust at 21:18 No comments:

We saw more Dippers than I've ever seen in one day on Islay today - and unexpectantly so! A rather hopeful single bird on the Allt nan Gamhna (near Kyngarry) and a definite pair on the Kilennan River further south. How delightful! The single bird kept flying ahead of us upstream and we must have encountered it half a dozen times.

What a gorgeous day. It's not often we can say on Islay after six hours of blazing sunshine, "I wish there was a cloud for the sun to go behind!" Jane chided me for saying so!
Becky


Posted by Islay Natural History Trust at 19:55 No comments:

I don't think I ever got round to posting photos from this walk with Lorna last December - I hope not anyway, otherwise I am repeating myself!
Becky

The always eagerly awaited annual film show by Gordon Yates will take place on Thursday 21st February at 7.30 pm in the Natural History Centre in Port Charlotte. This is his last reel-to-reel film. After this, his conversion to video will be complete.
Gordon has sent the following note about it:
My last film is entitled " A World of Birds" and basically shows where I have been when I am not on Islay or in the Pennines! It shows the search for breeding Great Northern Divers in Iceland followed by the wildlife of Spitsbergen and the North East Greenland National Park (Barnacle Geese included, of course). After that, we look for Snowy Owls in Alaska and finish with Fairy Terns in the Seychelles - which might bring back bad memories for two of your audience!
So, it's obviously not to be missed, and we look forward to the usual large and enthusiastic audience.
Malcolm 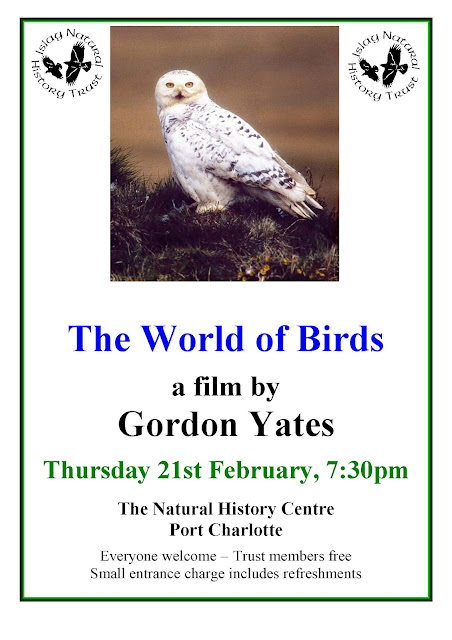 Posted by Islay Natural History Trust at 13:24 No comments:

The sun made a brief appearance today (so did the rain!) so five of us set off for the Ardnave peninsula walk. Thanks to Jim and Jane for carrying my wood so I could take photos!
Becky

Posted by Islay Natural History Trust at 20:40 No comments:

Balls like this, composed of grass or other vegetation, turn up on beaches after storms, with the bits of grass having been rolled into a ball by the action of the surf. This one (c.3 inches, 75 mm across), on the beach at Uiskentuie, looks as if Fescue (Festuca) is the principal material. This grass grows abundantly on the Bridgend merse at the head of Loch Indaal.
Malcolm 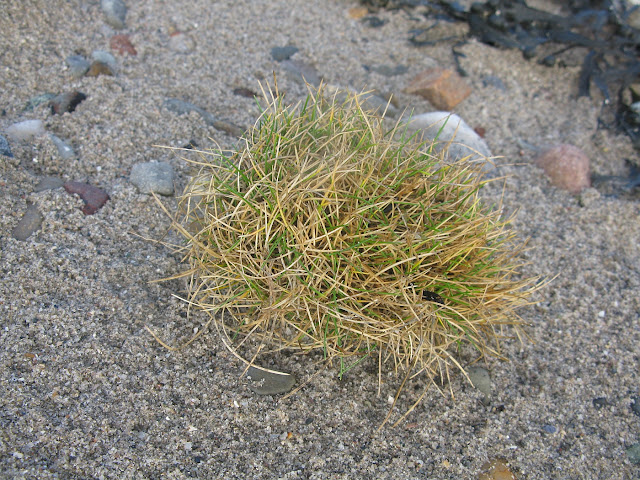 Posted by Islay Natural History Trust at 13:34 No comments:

Back in June we posted a photo of a Blonde Ray eggcase which Mary McGregor had found. It is one of the largest 'mermaids' purses' (or eggcases of Rays, sharks and skates) to be found on British shores. On my recent walk at Saligo whilst I was collecting driftwood, Lynda and Brier were finding yet more mermaids' purses. They found two Blonde Ray cases. I think they were a little smaller than the one Mary found, but sizable nevertheless.
Becky

Posted by Islay Natural History Trust at 13:39 No comments:

We are fortunate in having a very fine display of snowdrops in Bridgend Woods. They start in late January and usually last at least a month.
Malcolm 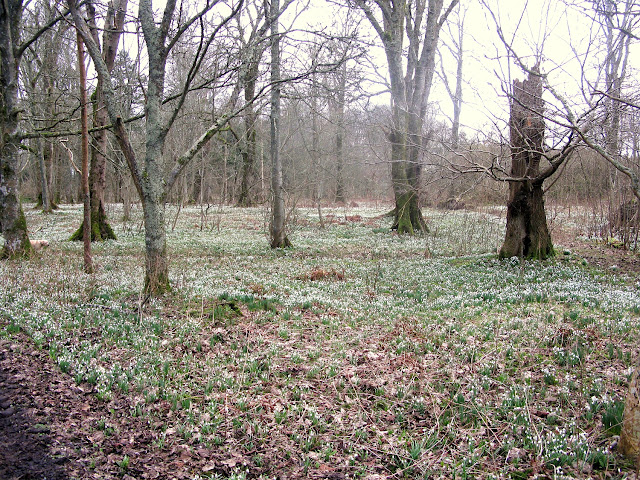 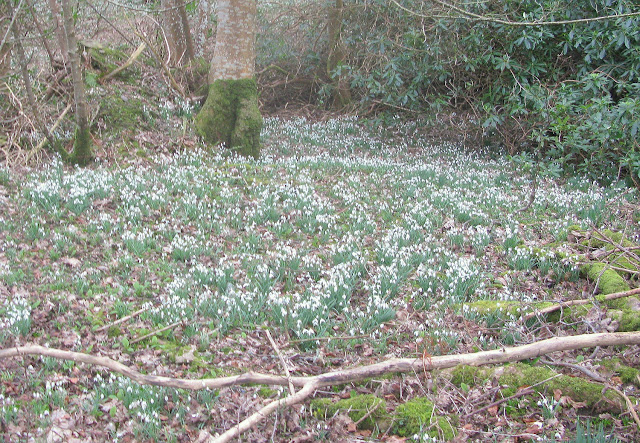 Posted by Islay Natural History Trust at 14:47 No comments:

Taken before the snowdrops really opened up but in a veritable elf world! The ground was awash with white and red!
Becky

Posted by Islay Natural History Trust at 14:27 No comments:

Where have you gone sunshine?

In case (like me) you've forgotten what our beautiful island is like in the sunshine, here's a few photos from last weekend when, contrary to this one, the sun came out for the first time in ages. I went a walk at Saligo to Loch Corr and Cnoc an Tighe, one of many poignant ruins on our island.
Becky


Posted by Islay Natural History Trust at 13:39 No comments: