Thanks to our band of willing helpers for coming to scrub walls, direct, fill tanks, drill holes and a host of other things today. Hopefully we'll be ready for Monday - grand opening day!
Becky 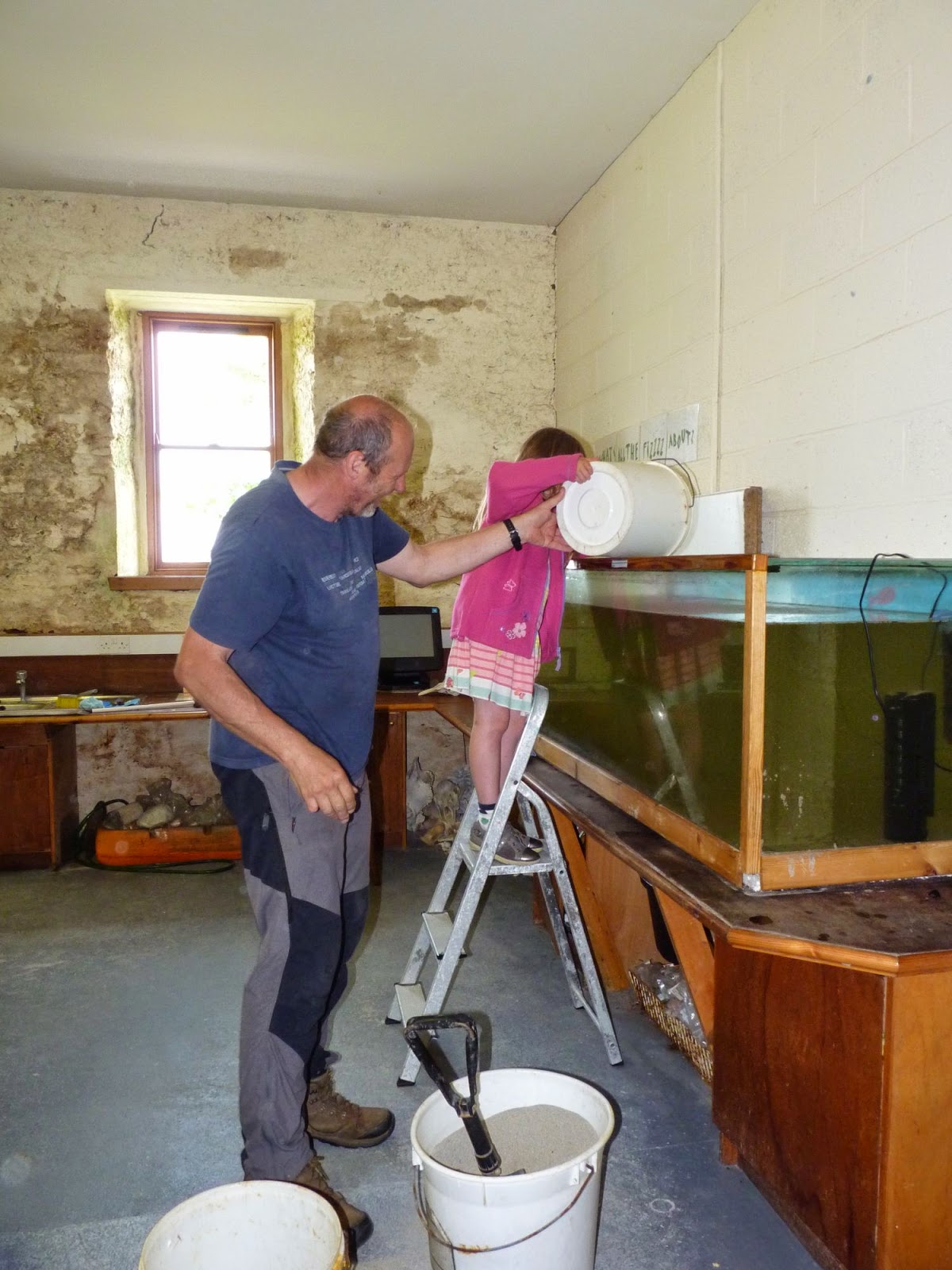 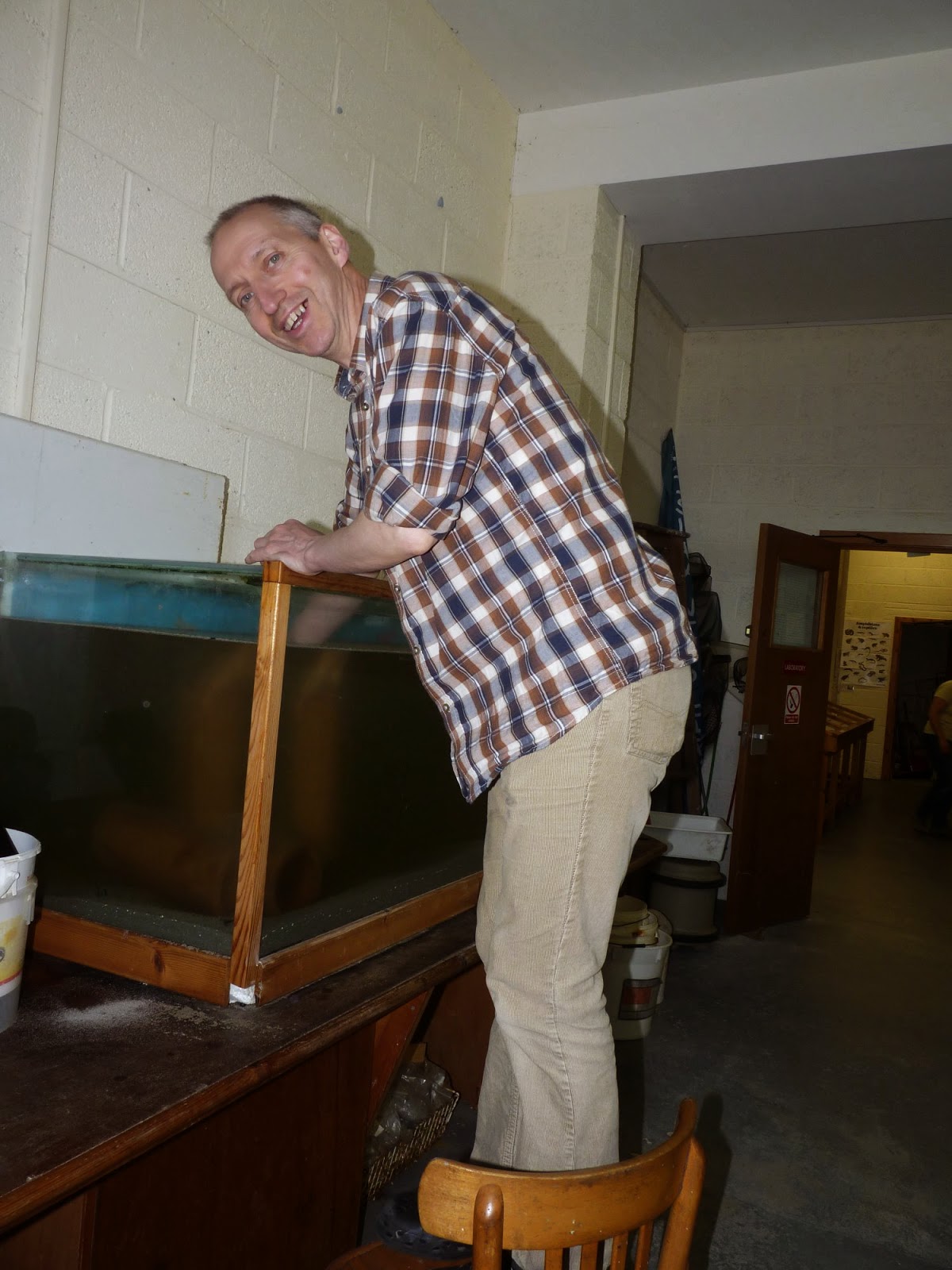 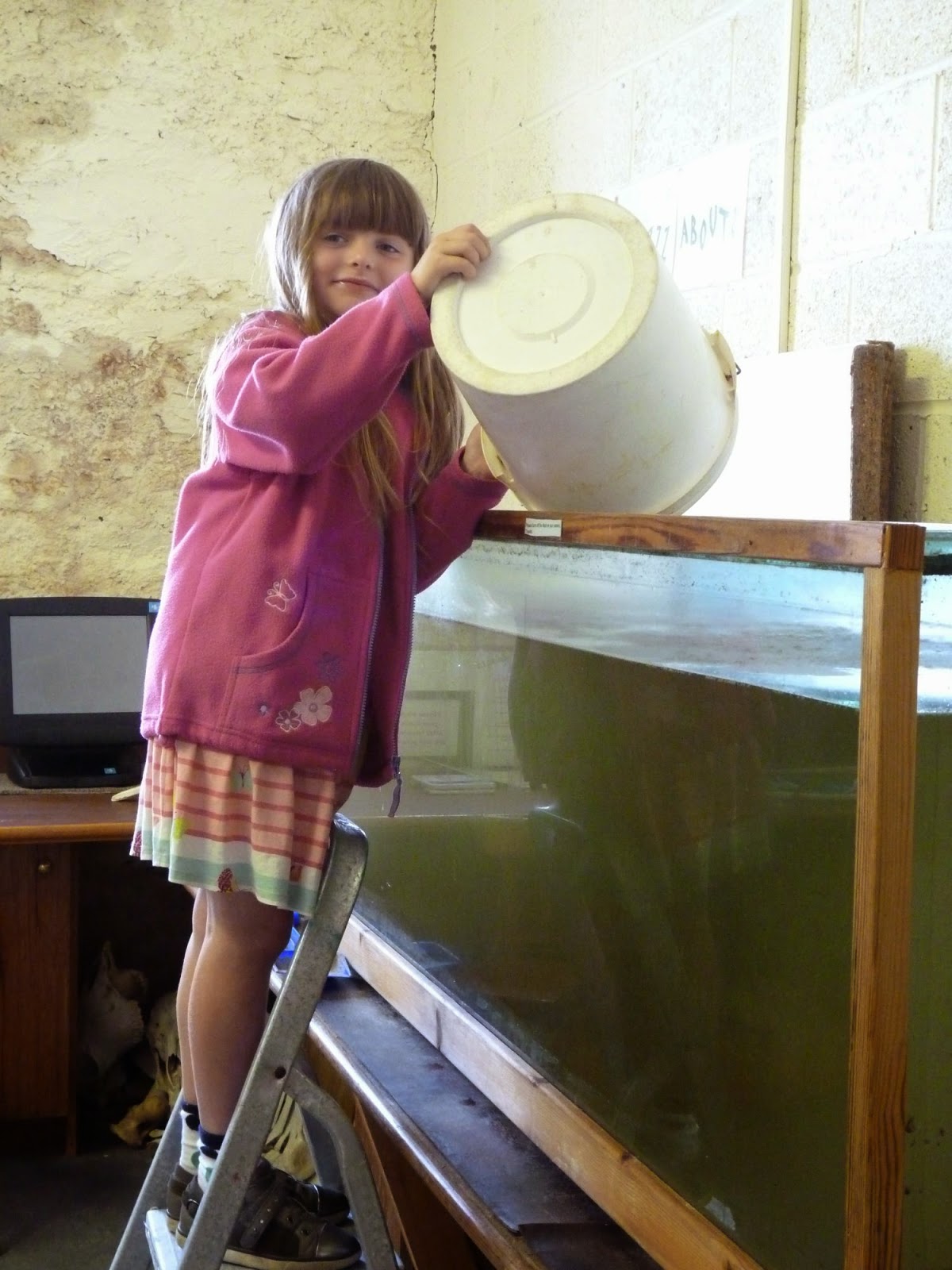 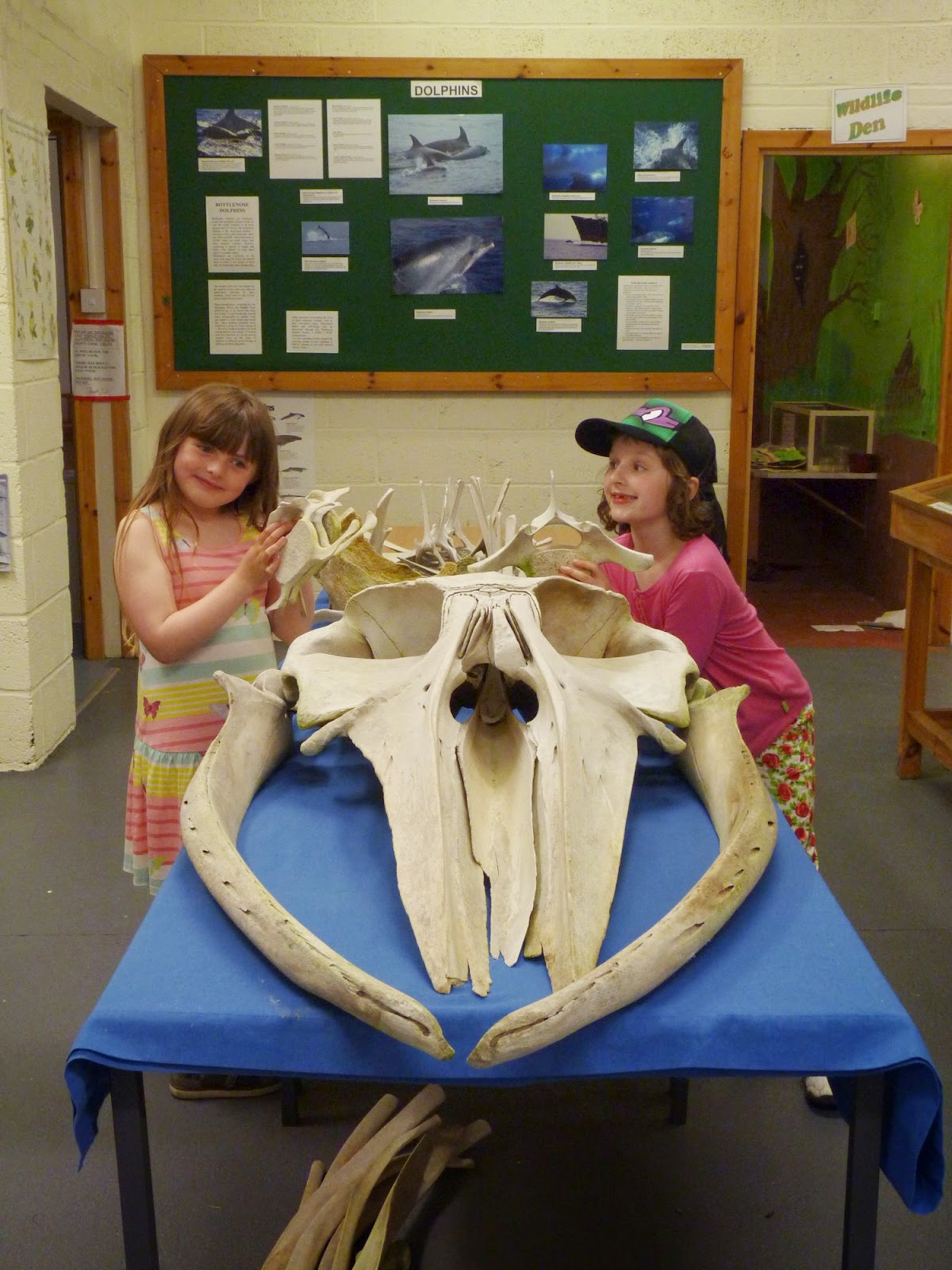 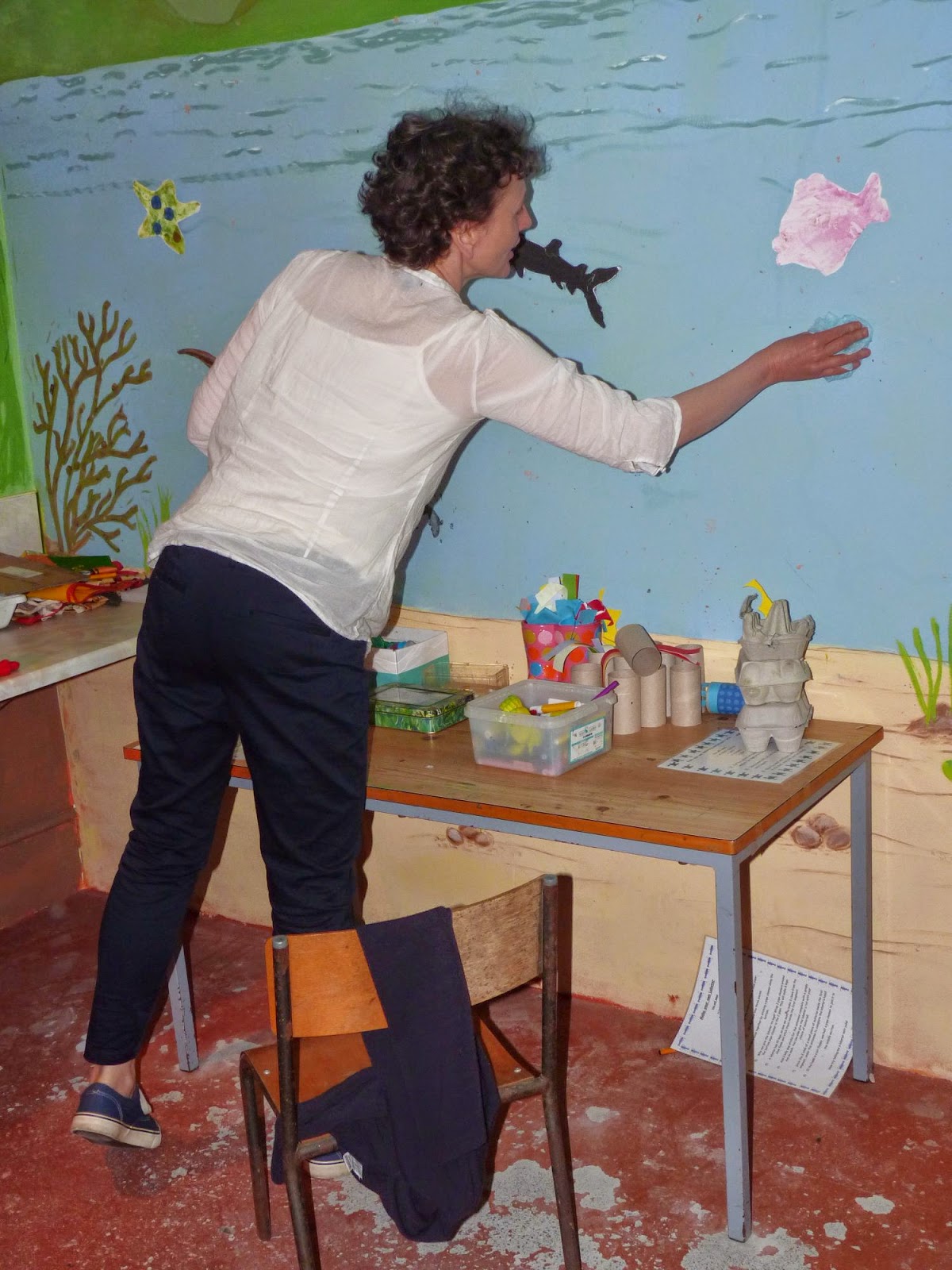 Posted by Islay Natural History Trust at 16:57 No comments:

The Search for the Spring Squill

With a bunch of helpers and sunshine and enthusiasm and a spring in our step, I thought we were on a winning streak when we set out early this morning on my annual search for the diminutive Spring Squill. I had everyone almost on their hands and knees at various points, dangling over cliffs, poised with hand lenses and all but hanging on the end of a rope into a gully - and almost all totally in vain. The paltry specimen we saw was barely worth the effort (I say it in a whisper!) Another nearby specimen had been grazed and therein lay the answer for our futile search!

Still, no-one but I was bothered! We saw Fulmars glide within inches of us, Razorbills, Guillemots, Black Guillemots, Gannets and a host of flora and had the most glorious sunshiney day on one of Islay's most colourful corners. I could wax lyrical about this walk, but will restrict myself. The Sea Pinks adorning the rocks were resplendent, as were the smiley-faced Marsh Marigolds and the cerise Early Marsh Orchids. Everything was peaceful and even the Oystercatchers did not seem to mind our presence too much. There, I did not overly wax lyrical! 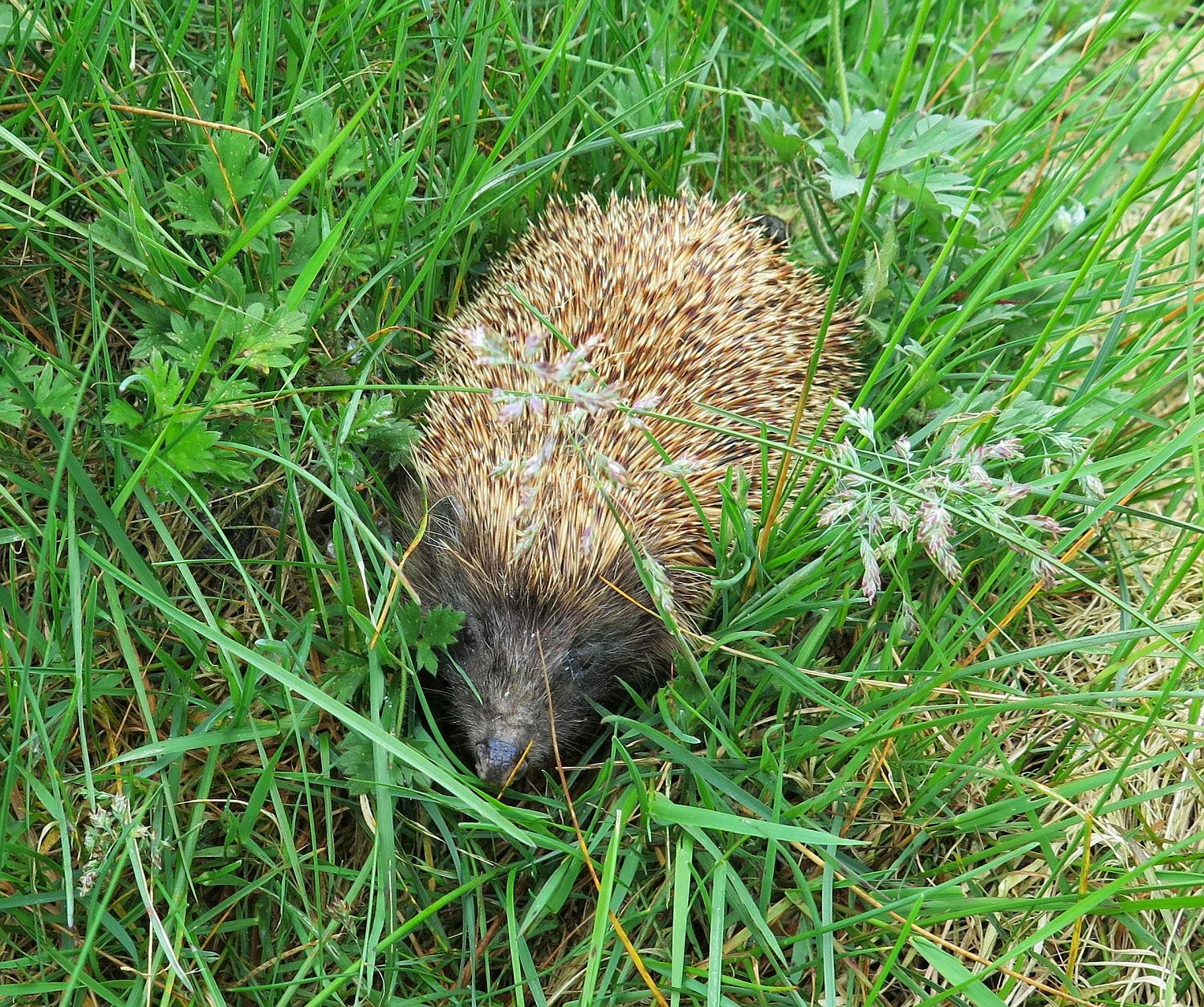 My dog spotted this snuffling around in a clump of grass in an ungrazed field today, but wisely kept his distance. Hedgehogs were introduced to Islay in the 1970s (and possibly several years before that) when a gamekeeper, recently moved to the island, brought them in to eat the slugs in his garden, from where they steadily colonised virtually all the low ground on the island. Like virtually all introductions it was a mistake. Though not predating ground-nesting waders's eggs on the scale that has done so much damage in the Uists, hedgehogs have been caught on camera predating Lapwing nests on the RSPB's Loch Gruinart reserve.
Malcolm
Posted by Islay Natural History Trust at 13:29 No comments:

A walk on The Oa

On a recent walk between Upper and Lower Killeyan on The Oa peninsula we saw lots of Marsh Fritillary caterpillars, all looking rather large and ready to pupate. I'd hoped to see some adults on the wing as they have been flying down south for a couple of weeks already, but it was not to be; ours are far behind their English counterparts.  We also saw about 4 very large Garden Tiger Moth caterpillars and some beautiful spring flora including one of my favourites, Thrift and the deeper purple of the Early Purple Orchid.
Becky

The Azores - Nine islands in the middle of the Atlantic Ocean. 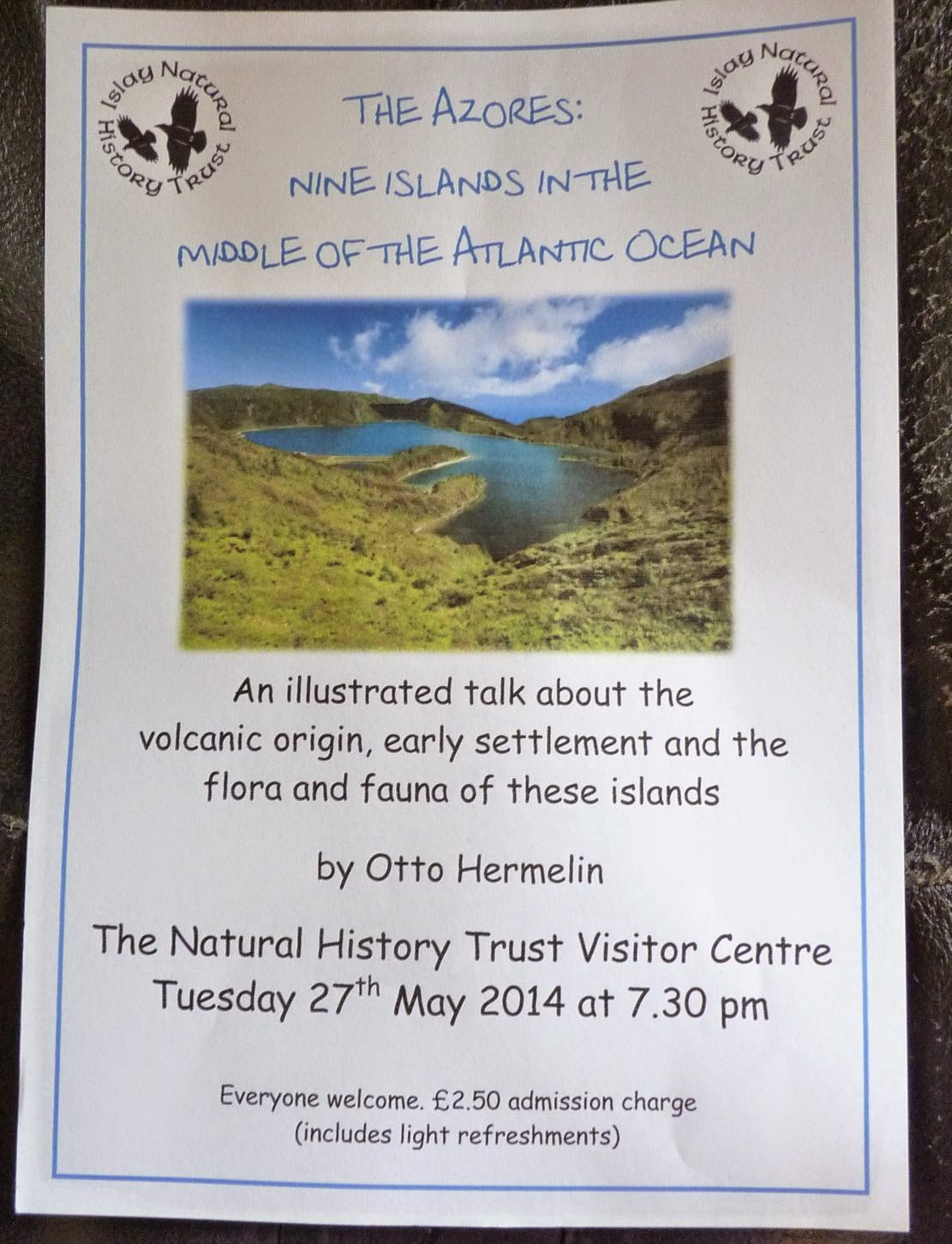 What a fantastic walk Paul and I had yesterday at Bagh an Da Dhoruis and around Rubh' a' Mhail. The air was alive with dancing Green Hairstreaks and the ground was carpeted with Marsh Fritillary caterpillars and spring flora.