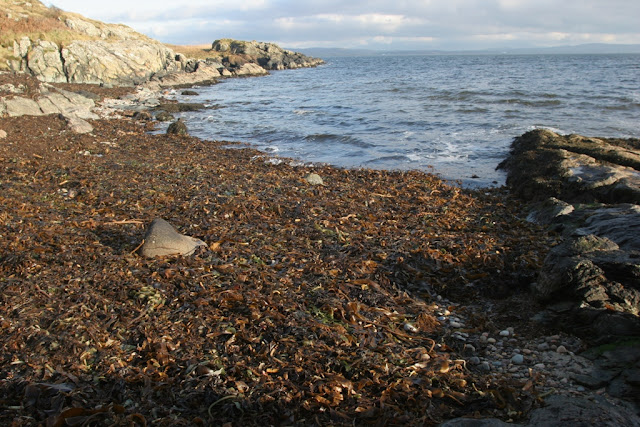 Lage amounts of kelp have been thrown up on the beaches following last weeks storms.  There was a significant kelping industry on the west coast of Scotland in the 18th and early 19th centuries, when it was burnt to make soda ash which was used in all kinds of proto-industrial processes.  When cheaper alternatives to kelp were found this significantly added to pressures for people to emigrate.  This picture was taken at Port Mor this morning. 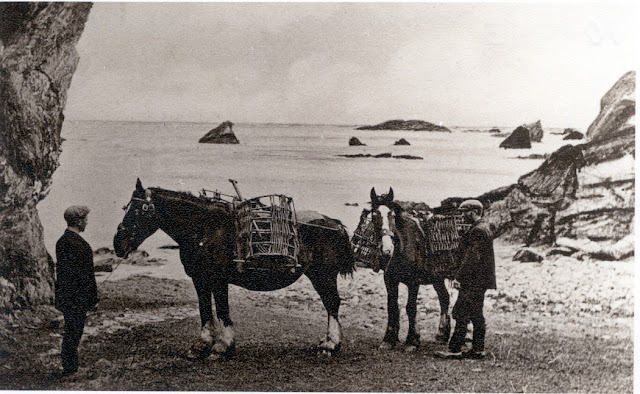 The photo shows Duncan MacNiven and Neil MacGibbon collecting kelp from a beach on the Oa - probably in the late 19th century.  By this time, the vast majority of kelp collected would have been used as fertilizer on crofts. 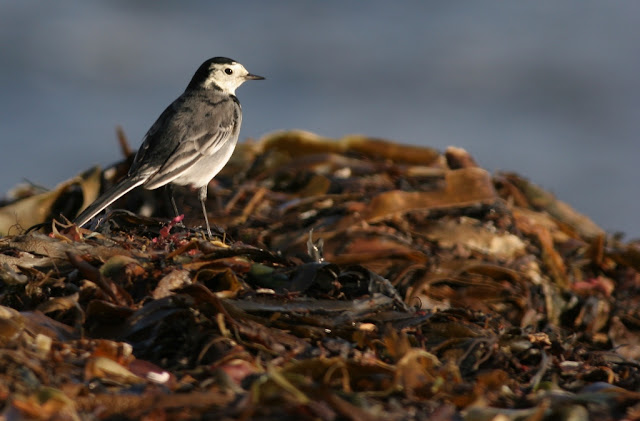 In 2010 there are still a few folk who will collect the seaweed from the shore and put it on their fields or potato patches - but the majority will be left to rot - providing plenty of food for Pied wagtails (Motacilla alba).
Posted by Islay Natural History Trust at 14:00