Don't run in the corridor...

Here's one of the fields at RSPB Loch Gruinart. Usually it's got several hundred geese on it, but they don't care much for human company and flew off as your humble correspondent was flailing around in the ditches. Don't ask. Anyway, some of the better grazing on the island is to be found here, and the geese get it pretty much all to themselves, as the livestock is moved indoors in late autumn. The area to the right of the picture that looks a bit like Terry Waite's allotment circa 1989 is a corncrake corridor - deliberately planted with nettles and other quick growing vegetation to provide plenty of cover for Islay's visiting corncrakes. There were 82 calling males recorded on the island in 2010, more or less the same as the previous year. 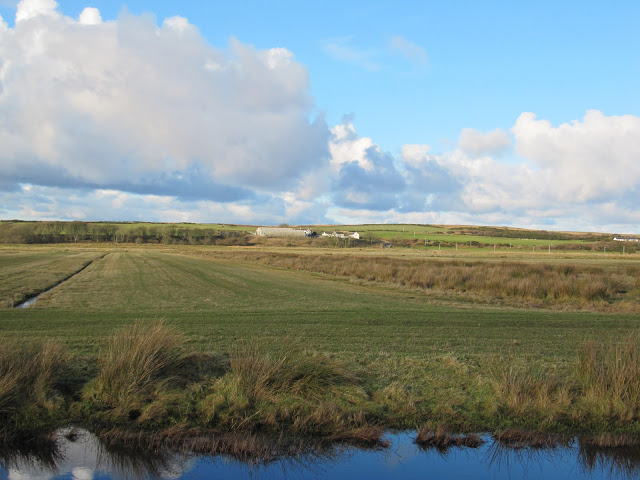