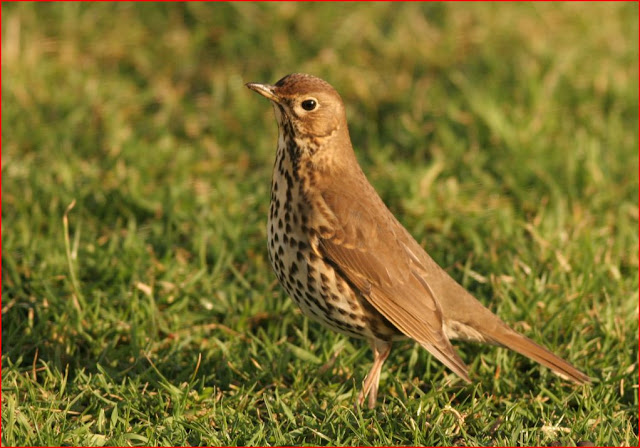 This Song thrush was successfully hunting for worms on the lawn in front of the doctor's surgery in Port Charlotte this morning.  The population of Song thrushes has declined to such an extent in the UK that they are now on the RSPB 'Red List' because numbers of breeding birds has fallen by more than 50% since the baseline date of 1969.  Globally, the species is not threatened, but the decline in the UK has been dramatic, particularly on farmland - probably due to changes in agricultural practices and the increased use of pesticides.
Posted by Islay Natural History Trust at 18:44