Peat and the photography of Walter Rintoul 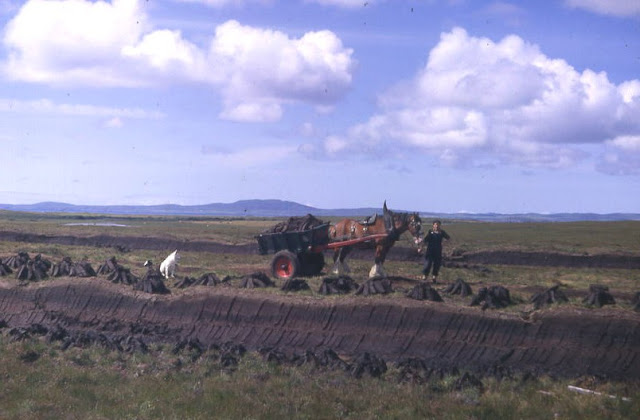 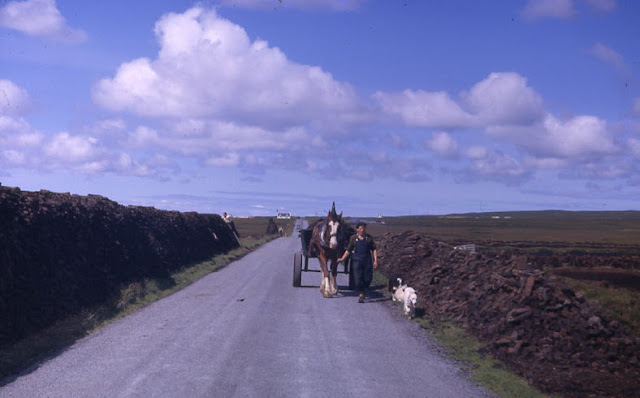 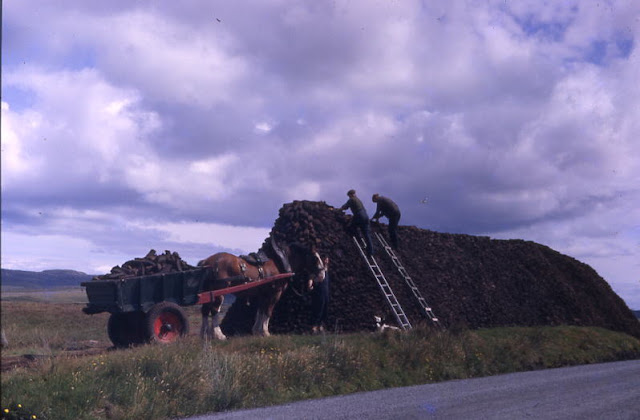 Stacking peats on the Low Road

Photographs are from the archives of the Museum of Islay Life

The shots give some indication of the scale of peat cutting in times past on Islay.  There is also a suggestion of the amount of labour involved in cutting, drying, stacking and transporting the fuel.  I am unsure of the dates of these photographs - but suspect the 1950's

Peat forms when plant material, usually in marshy areas, is inhibited from decaying fully by acidic and anaerobic conditions. It is composed mainly of marshland vegetation: trees, grasses, fungi, as well as other types of organic remains, such as insects, and animal remains. Under certain conditions, the decomposition of the latter (in the absence of oxygen) is inhibited, and archaeologists often take advantage of this.

Peat layer growth and the degree of decomposition (or humification, transformation to humus) depends principally on its composition and on the degree of waterlogging. Peat formed in very wet conditions accumulates considerably faster, and is less decomposed, than that in drier places. This allows climatologists to use peat as an indicator of climatic change. The composition of peat can also be used to reconstruct ancient ecologies by examining the types and quantities of its organic constituents.
Under the proper conditions, peat is the earliest stage in the formation of coal.
Most modern peat bogs formed in high latitudes after the retreat of the glaciers at the end of the last ice age some 9,000 years ago. They usually grow slowly, at the rate of about a millimetre per year.
The peat in the world's peatlands has been forming for 360 million years and contains 550 Gigatonnest of carbon.  (Wikipedia)