There's been a wintering flock of Scaup in Loch Indaal for as long as anyone has been keeping bird records. During the 1970s and 1980s, peak counts of up to 1500 were quite regular, but in recent years, numbers have been smaller with, this winter, not more than 380-400 during December, the usual peak month, when we had expected the cold weather to bring more. Reasons for the decline are unknown. They might be on the breeding grounds in Iceland, or changes in the amount of crustaceans and molluscs in Loch Indaal might be involved.
The flock is usually to be found well out in the loch, but occasionally they come close inshore as they did this week.
Malcolm 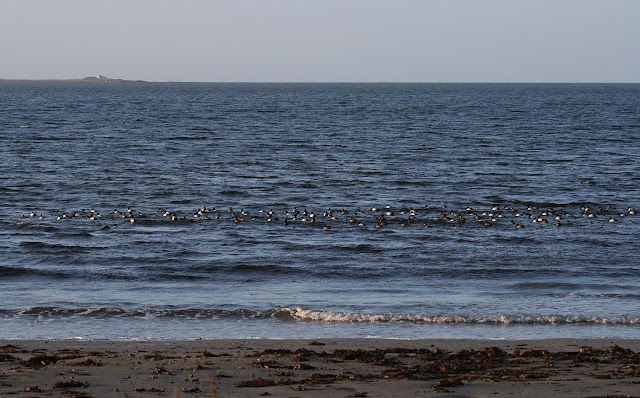 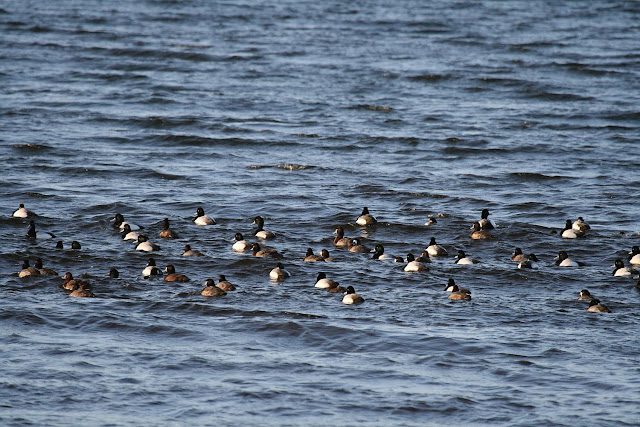