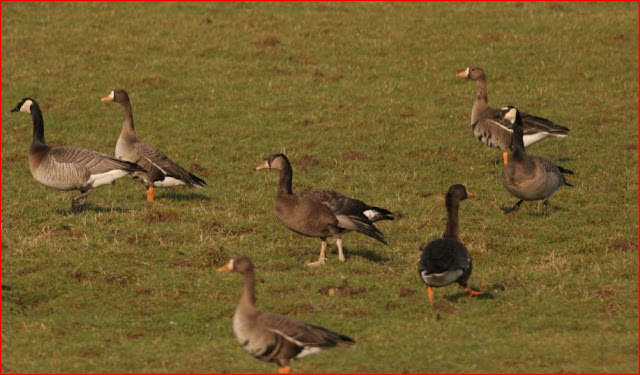 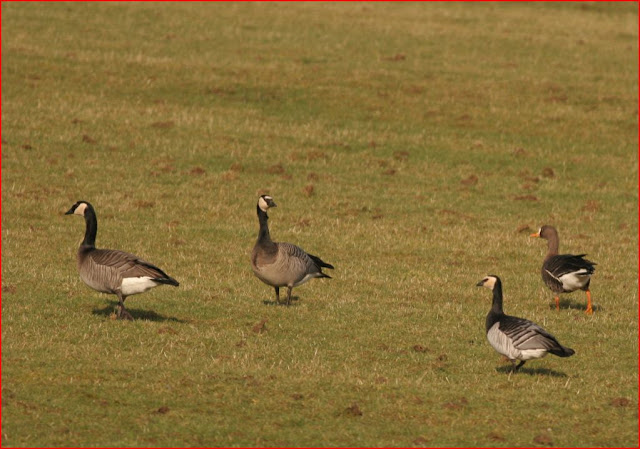 Three pictures of what appear to be three hybrid geese - probably between Canada geese and Barnacles.  The shots were taken up by Kilsleven House outside Port Charlotte, all three birds are larger than even Greenland white-fronts.  Two look like washed out Canada geese, while one is ultra-washed out and has a damaged wing.  They were consorting with a small party of White-fronts plus two Barnacles.
Carl
Posted by Islay Natural History Trust at 00:17