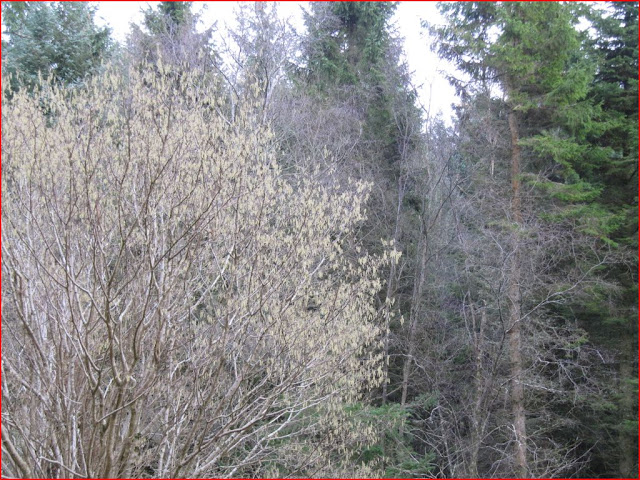 A big Hazel bush covered in male catkins next to the Sorn.  Archaeological evidence from pollen analysis has shown there was a rapid expansion in the range of hazel during the Mesolithic period (from 11,000 to 6,000 years ago). Because the large nuts are not dispersed over great distances by small mammals, this has led to speculation that Mesolithic peoples may have transported the nuts with them as a food source, and thereby aided the expansion of the tree's range.