Who says crabs aren't cute? It's hard to resist with our recently arrived spiny spider crabs. They possess 2 'horns' inbetween their eyes, just visible beneath the various seaweeds pinned to their shells for camouflage. Their carapace also hosts a mini sponge garden where sponges take up residence, as well as barnacles which make full use of this moving 'rock' as they filter for food. Fascinating! All day yesterday the two spider crabs were clasped together, seemingly fighting (they are both male), so we have released one. The remaining crab is called Spongebob! 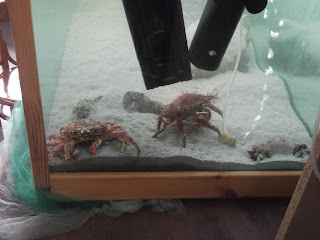 Our ladybird larvae are growing bigger every day! I expect they will pupate within the next few days, where they will metamorphosise, emerging as yellow adults 6-8 days later. The familiar red with black spots pattern will appear after several hours, once the shell has hardened. 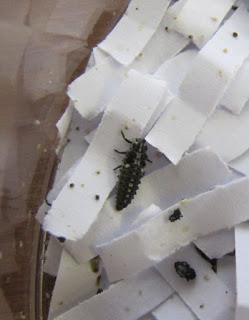 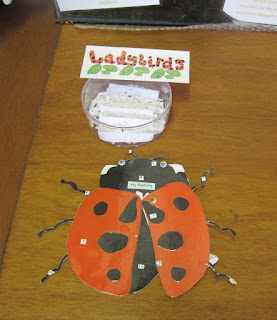