Also known as the May Bug (this one was a bit late, being out in June), and capable of creating quite a 'bang' as it flies into windows at night, seemingly without hurting itself. It sat still while it was photographed both on the grass and then on my hand but sadly didn't open the tips of its antennae which can have six (female) or seven (male) branches. Most illustrations show its prothorax (the part in front of the wings) as being blackish, but this one was reddish like the wings, which I have seen in some other photos.
Malcolm 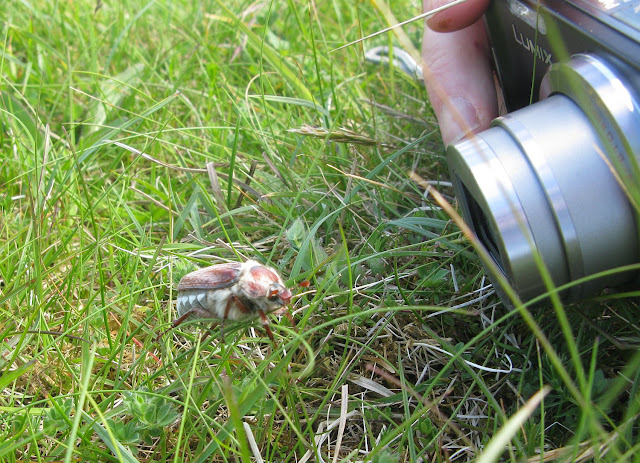 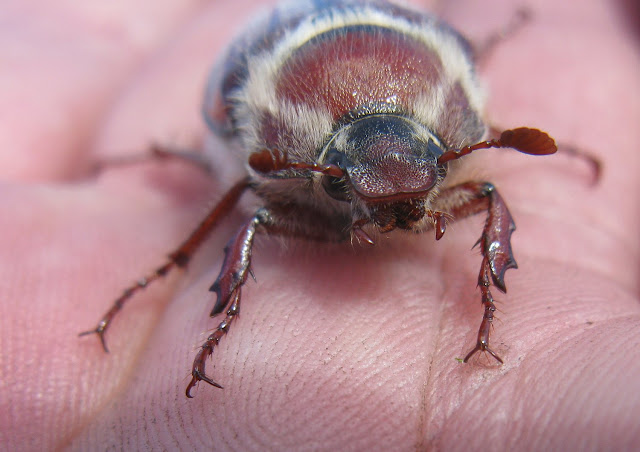