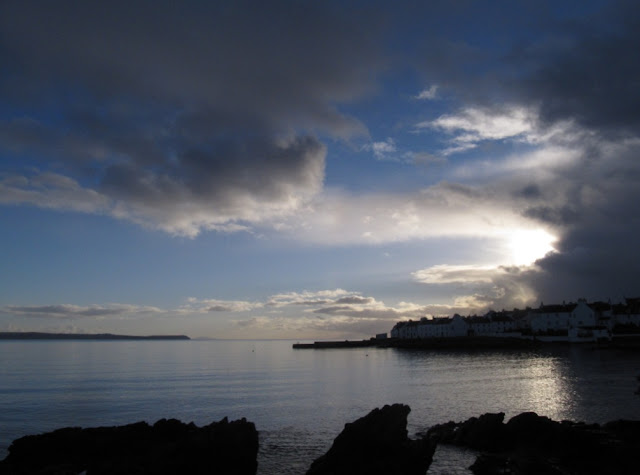 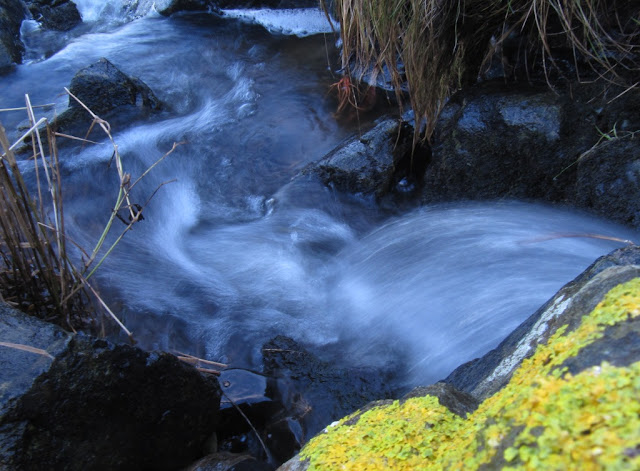 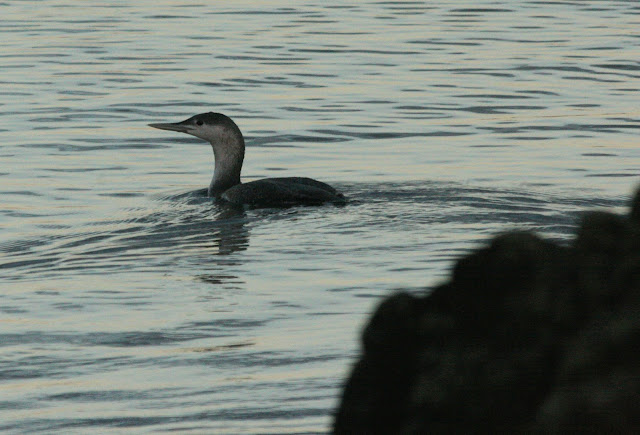 Following the glorious morning, we took a walk along the coast north from Port Charlotte this afternoon, but the sunshine was not to continue.  A big black shower took away both the warmth and the light pretty much as soon as we had set off, although it never actually delivered anything.  We caught a glimpse of some Roe deer disappearing into the gorse, but not much else showed as the day gently ebbed away.  I spent a little bit of time mucking about with long exposure times on a stream with some bright yellow lichen-covered boulders, and this Red throated diver gave us a brief show as it hunted close along the shoreline.
Carl
Posted by Islay Natural History Trust at 18:53