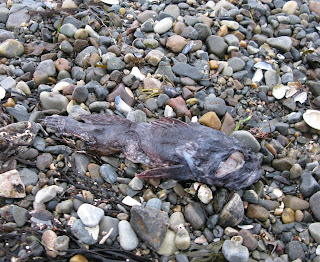 This is one of the stranger names for this fish which my dog found on the beach today. It's rather dead but then that's probably what attracted him! My regular walks along the beach with him are rarely without interest! Other names for this fish are Short-spined Bullhead or Short-spined Sea-Scorpion. Its scientific name is Myoxocephalus scorpius which agrees well with those English names. There are a handful of past records for Islay, mainly live specimens seen or caught during marine surveys carried out in the early 1980s.
I've added a photo of what the fish would look like when a little less dead.
Malcolm 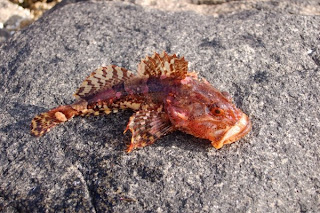