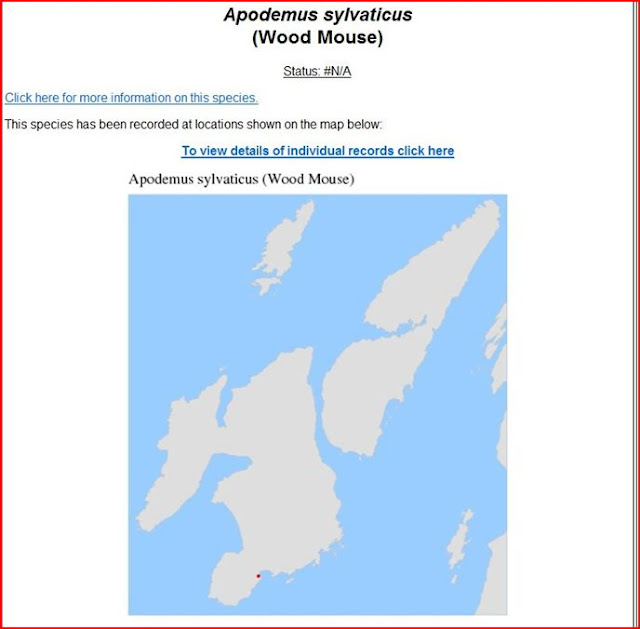 Symptomatic of this is the Wood Mouse (Apodemus sylvatics) which, according to our database, has only ever been recorded once on the island, down near Kilnaughton Bay.  According to our records, no other mouse, of any species, has ever been found on Islay. 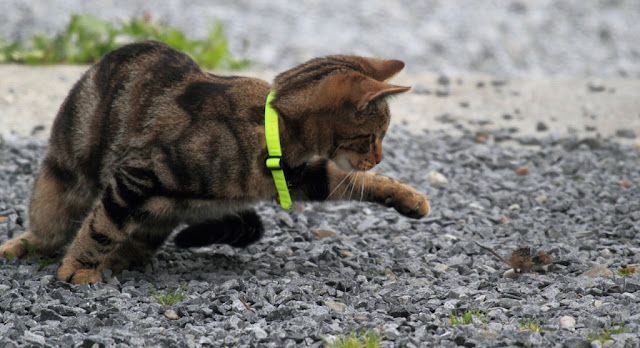 We rather suspect that this information may not be correct, and our suspicions have been further aroused by the picture sent to us by Vanessa and James which clearly shows their neighbour's cat chasing a worried looking mouse.  This was taken in Bowmore, so it appears the population may have a wider distribution than we thought.  The question is, is the mouse in the picture a Wood Mouse, or is it either a House mouse (Mus musculus) or a Yellow-necked Field mouse (Apodemus flavicollis)?
Any further information about the distribution of mice would be gratefully received.  If you were to make a historical breakthrough and positively identify a mouse on Islay, then please use the Species Record Form that can be downloaded from the link at the top of this blog.
Many thanks
Carl
Posted by Islay Natural History Trust at 10:50