Excitement at the Natural History Trust 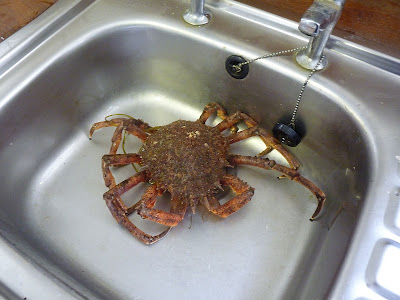 There's been a rush of excitement at the Centre over the past couple of days what with the emergence of one owl chick, the Gaelic nursery visit and the arrival of lots of new sea creatures for our tanks.
Both 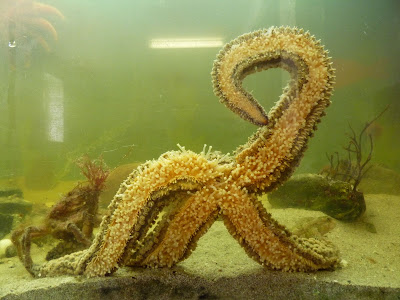 tanks are gradually being filled with Spider Crabs, Velvet Crabs, Shore Crabs, echinoderms (the posh word for starfish and sea urchins), shellfish and gobies. There's a massive spiny starfish (shown here), a beautiful purple starfish, and the biggest Common Whelk I've ever seen. We also have a small lobster in its own tank for the fourth year running.
A gargantuan Spider Crab (shown above) has been given B & B for one night only as it is too big to keep for the whole season.

Many thanks to the fishermen who 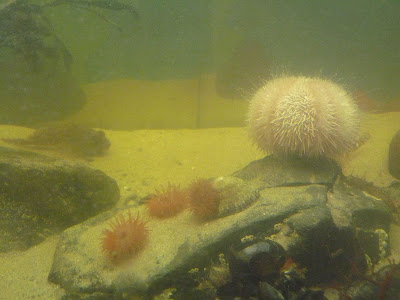 have caught these creatures for us and to Ian and Morven Laurie for providing temporary accommodation for some of them and then bringing them over to Port Charlotte.

Now would be a great time to come and visit the Centre as there's plenty to see and remember we're open on Saturdays in addition to weekdays
(10.00 am to 4.00 pm) throughout June, July and August. 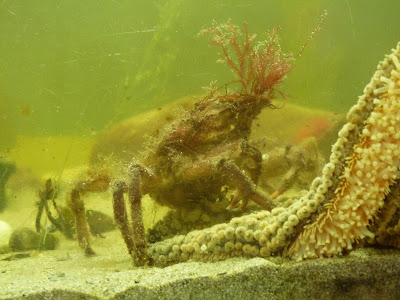