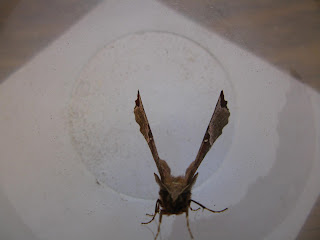 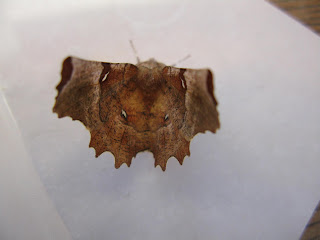 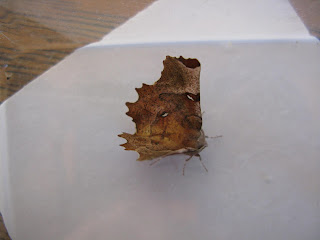 Also in my catch last night was a moth I hadn't caught before. It was about 22 mm (just under an inch) in wingspan. It turns out, after some checking, that it has never been recorded from Islay before. It is quite widespread on the mainland, and there is a 50-year-old record from Colonsay, but no-one has previously reported it here. It can be separated from the Early Thorn, for which there are several Islay records, both by the very scalloped edges to the wings and because at rest it holds its wings in a steep 'V' as shown in one of the photos. The Early Thorn closes its wings completely when at rest.

As its foodplants are a wide range of common broadleaved trees and shrubs, there's no obvious reason for it not being here. What its appearance really confirms is that Islay's moths have been very little studied over the years, though that situation is slowly improving.