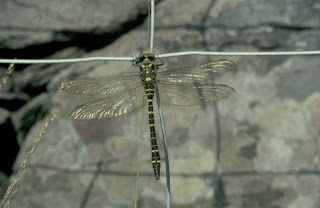 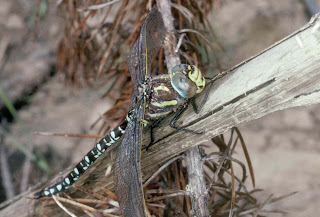 Out walking yesterday, I saw both of the two kinds of large dragonfly which occur on Islay, the Golden-ringed and the Common Aeshna. The former has a handy habit, for would-be photographers, of patrolling a territory and, within that, tending to land in more or less the same places each time it passes them - so in theory you just have to stand and wait. We have several species of the smaller darters and damselflies, but if you see something 55-65 mm (2 or more inches) long, then it will one of these two - until something new turns up!