For several species of orchids, this seems to be an exceptional flowering year. I visited the two Marsh Helleborine sites near Killinallan yesterday and found over 300 and over 200 flowering spikes, respectively, both easily record numbers (about double past highest counts in both cases). Considering that, in some years, I have found fewer than 50 spikes all told, there's little doubt both sites are flourishing. Although reasonably widespread in southern Britain, there are only three other localities in Scotland for this species.
Malcolm 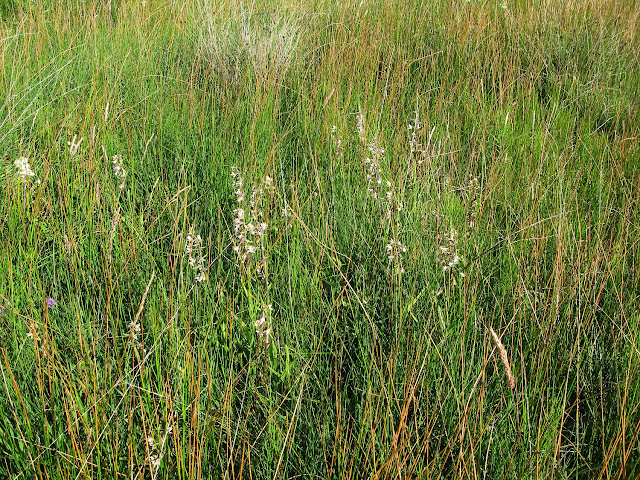 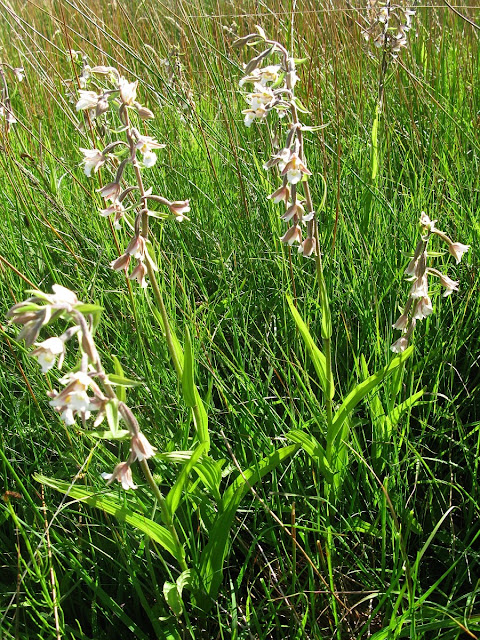