Sometimes when I catch a moth I don't recognise, I have to consult an expert to confirm my identification, but last night I caught a new moth, called the Miller, which was nice and easy because there is nothing else resembling it. This is the first record for Islay of this moth which is quite widespread in England and Wales, but much less so in Scotland, where it is particularly uncommon on the west coast. There was one caught on Colonsay in summer 2011 and it has been recorded a few times from Mull and north of Oban, but nowhere else in Argyll. Its caterpillar food plants are birch, alder and willow, so there's plenty of food here if it wants to colonise!
The diameter of the plastic pot I photographed the moth in is 4 cm.
Malcolm 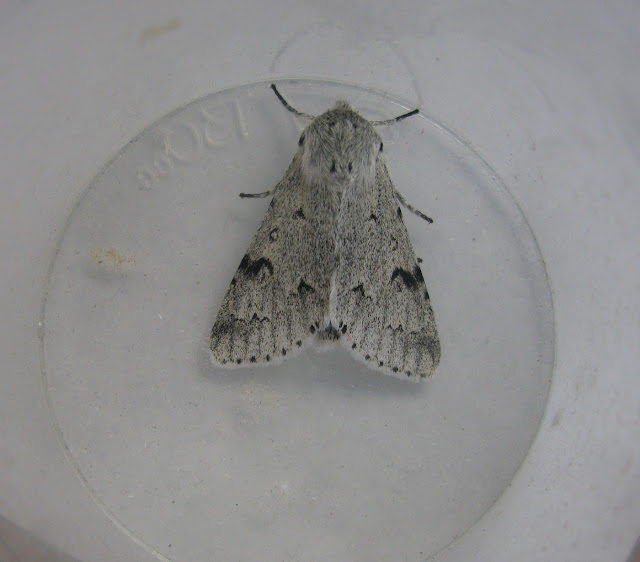