No, nothing to do with servants, but the name of a moth which I caught last night and which is only the third record for Islay, the first two being in 1983 and 1999. It's quite small, about 15-16 mm in length. Unusually, instead of feeding on vegetation, the caterpillars feed mostly on lichens and algae on trees, old walls, rocks, etc., so it ought flourish here rather than be apparently very scarce!
Malcolm 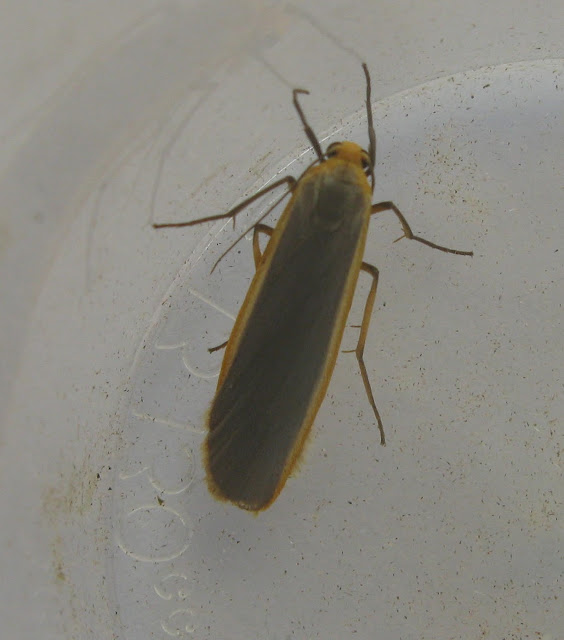