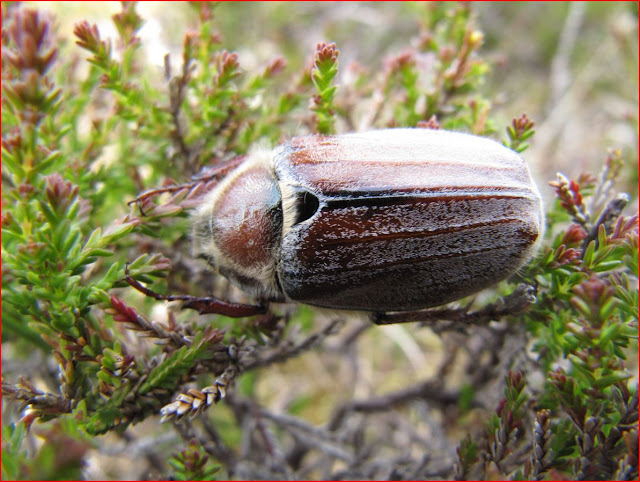 Cockchafer resting up on heather near Bun-an-Uillt.  These big beetles used to be very common but they are much less so now due to pesticide use through the 20th century.
They were very destructive to crops prior to this apparently - and in 1320, cockchafers (as a species) were taken to court in Avignon where they were ordered to leave town and relocate to a specially designated area, or be outlawed. All cockchafers who failed to comply were collected and killed.
That will have sorted them out....
Carl
Posted by Islay Natural History Trust at 07:33