One of the most interesting parts of Danny Arnold's highly informative talk on Wednesday was his description of several moths which he would expect to see on Islay but for which there are currently not any records. There seemed to be a couple of species that favour bramble leaves, not something that we are too short of here, so I spent this morning rummaging around Gruinart Wood looking for evidence. It's typical of the kind of crazy rock n roll lifestyle that I lead.

For those that missed the talk, apparently these moths lay their eggs on the leaf, which then hatch into larva that eat their way through the leaf, leaving (no pun intended) a ever widening trail as the caterpillar grows. As you can see below, I eventually found something that looks pretty similar to the photos Danny showed, so fingers crossed. And as I'm sure you can tell, I've completely forgotten the names of these particular species, so is there anyone out there with a better memory who can help?!

Also below from Gruinart Wood,  is an enormous fungi growing in a rotting tree, and some lichen, neither of which I am able to identify. Malcolm, over to you! 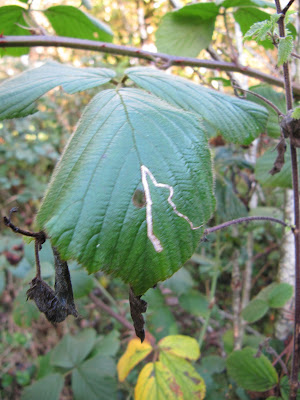 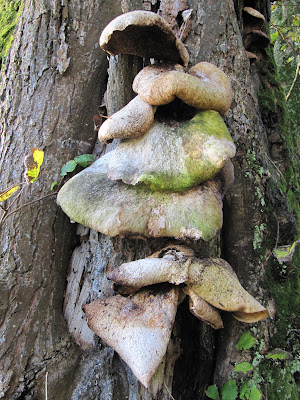 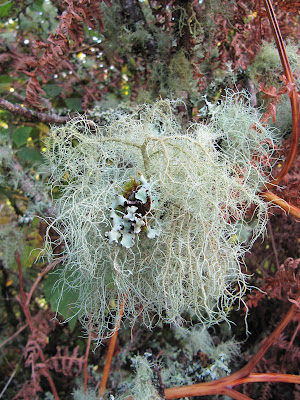