The Hebridean Whale and Dolphin Trust have suggested that the animals seen off Caol Ila by Nick Morgan were Common Dolphins.  They have referred this ID to other sources for confirmation. 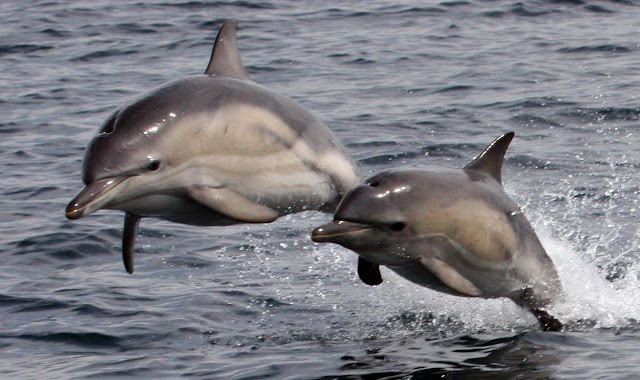 Despite the historic practice of lumping the entire Delphinus genus into a single species, these widely distributed dolphins exhibit a wide variety of size, shape and colour. Indeed over the past few decades over 20 distinct species in the genus have been proposed. Scientists in California in the 1960s concluded that there were two species - the long-beaked and short-beaked. This analysis was essentially confirmed by a more in-depth genetic study in the 1990s. This study also suggested that a third species (D. tropicalis, common name usually Arabian Common Dolphin), characterized by an extremely long and thin beak and found in the Red Sea and Indian Ocean, might be distinguished from the long-beaked species. The current standard taxonomic works recognize this as just a regional variety.