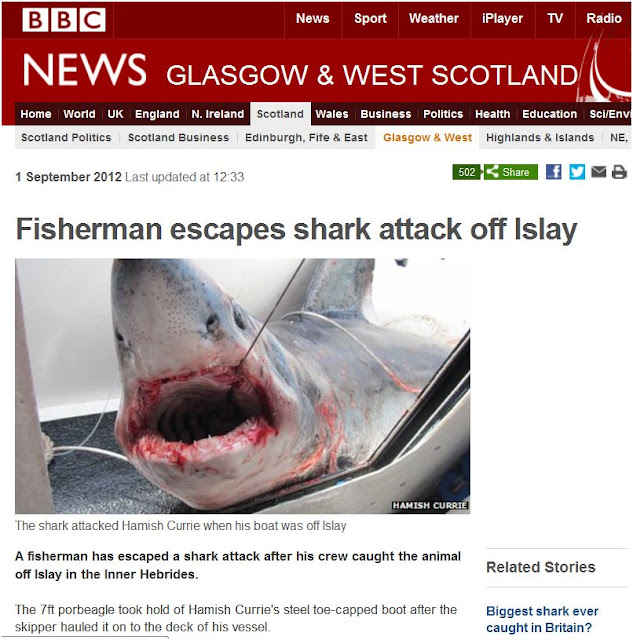 The level of 'news' reporting at BBC Scotland plumbed new depths today when it reported that a commercial sea angler had been attacked by a Porbeagle shark off Islay.  The story, which is literally beyond ridiculous, is accompanied by a link to the sea angler's commercial website, which is called 'Predator'.
It must be worrying that our national broadcaster has editorial controls that are weak enough to allow it to be conned by such tasteless commercial tat.

I hope a number of people complain...
Carl Reavey
Posted by Islay Natural History Trust at 13:27