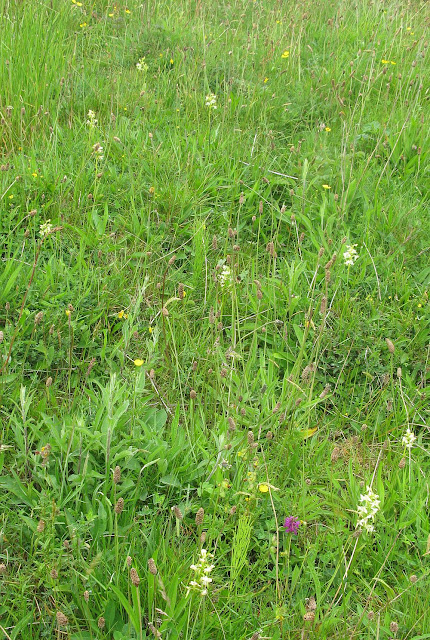 Carl has already posted a photograph of a Greater Butterfly Orchid from one site on the Rinns. Here's a photo of a few (c.10 together) at another site which is holding a minimum 210 flowering spikes this year, nearly double the previous largest count - 120 in 2010.
Also, there was this clump of Northern Marsh Orchids, though the three tallest spikes are so robust that they could actually be hybrids between Northern Marsh and Heath Spotted, which are not uncommon and have been recorded from this site before. 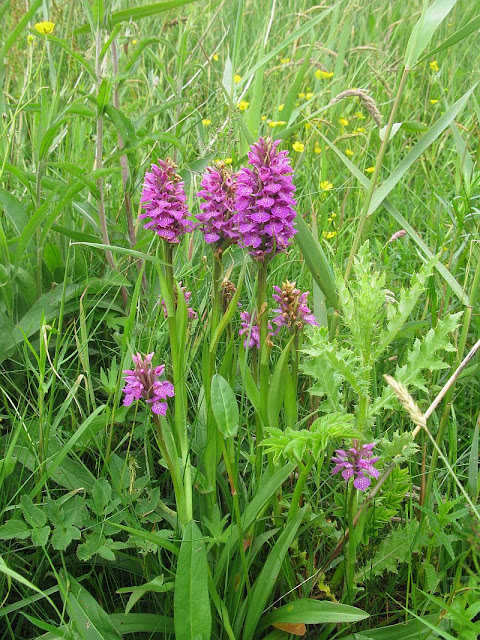