The hairy caterpillars of this species are still around, feeding up before they descend into the ground vegetation and leaf litter to hibernate through the winter. They feed on a variety of plants including heather, bramble, bilberry and willows. This one which I photographed just now was close to 70mm long, which is about as large as they get. In the spring, they will feed some more before pupating and emerging as the adult moth. It isn't a particularly spectacular moth - not as brightly coloured as the caterpillar, anyway - and has a wingspan which is also about 70mm.
Malcolm 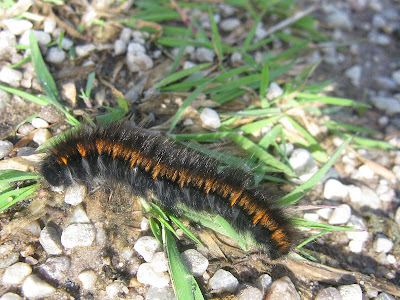 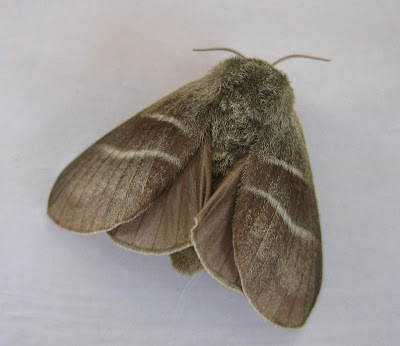