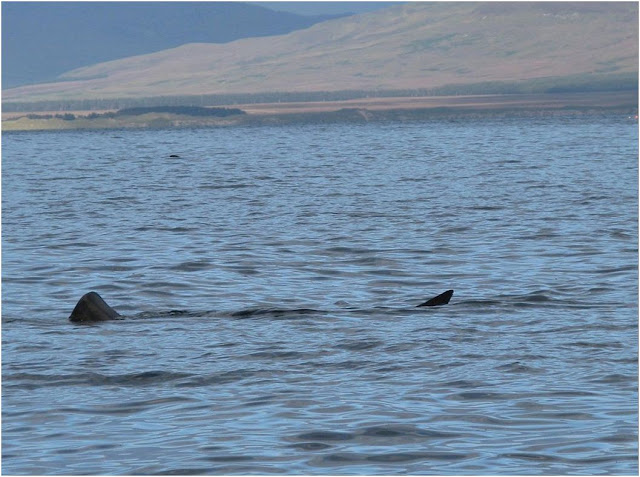 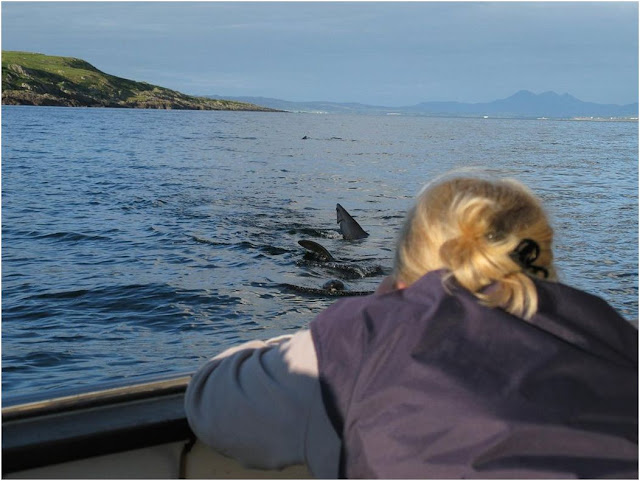 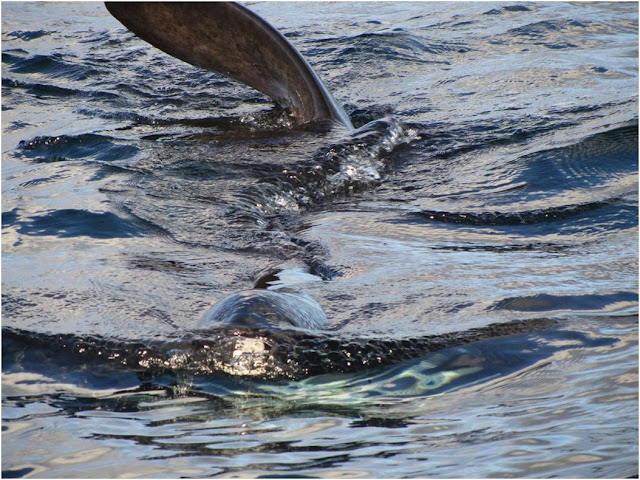 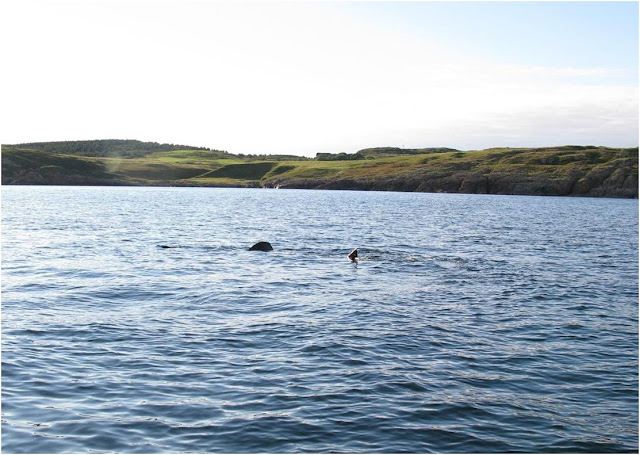 Many thanks to Jane Dawson for these photos of Basking sharks taken in Loch Indaal back in the summer.  Jane said: "I counted 23 sharks from my office window on 26th August and more at Wester Ellister and Rhinns Point (along with a Minke); most of the photos were taken from the boat on 31st August when we estimated there were at least forty in Lochindaal.

"The one that came closest had a malformed dorsal fin and was not far off the same length as the boat which is more than 7 metres long."
Posted by Islay Natural History Trust at 18:59