Numbers of Grey-lags breeding appear to have been high this year, and the population is now being boosted by the arrival of birds from other sites, though I am not sure it is known exactly where these late summer birds come from.  Anecdotal evidence from personal experiences on yachts off the west coast would suggest that there are Grey-lags nesting on most of the small islands, even tiny skerries often have a pair. 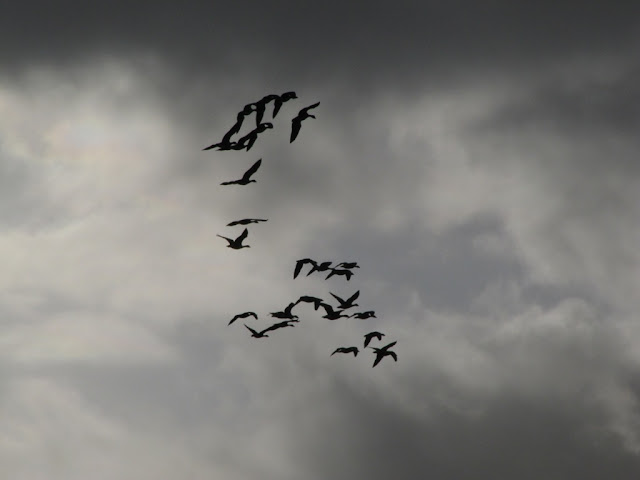 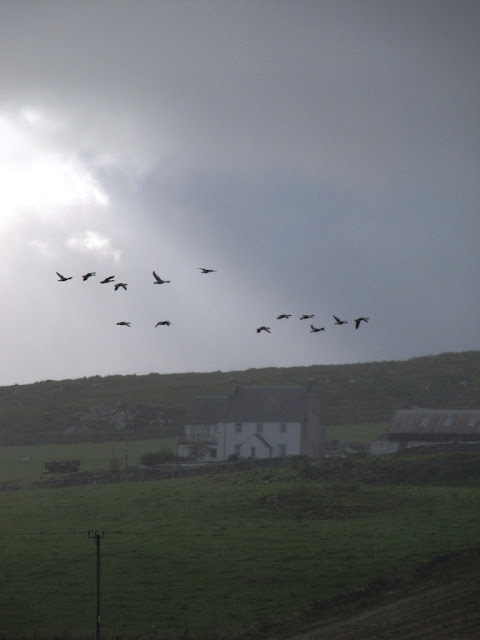 These shots were taken yesterday evening as flocks flew in to feed on grain stubbles at Octomore.
Carl
Posted by Islay Natural History Trust at 11:10