You can forget about beetles (!), how about a new snail, and not just new to Islay and the other islands, but perhaps even new to Scotland! However, that said, it was almost certainly introduced to Loch Skerrols where Hugh Campbell found it yesterday. It is quite widespread in England, but only as far north as Yorkshire with scattered records further north, but none that I've found so far in Scotland. I have enquired of the relevant experts who are going to check and let me know, but in the meantime we can pretend it is the first Scottish record - until told differently.
It is a River Snail Viviparus viviparus, and nearly 40 mm in total length. It is now residing in the freshwater aquarium at the Natural History Centre in Port Charlotte. The first photo is of it in the water, walking around on the side of the tank. For the second photo, I had taken it out in order to measure it.
Malcolm 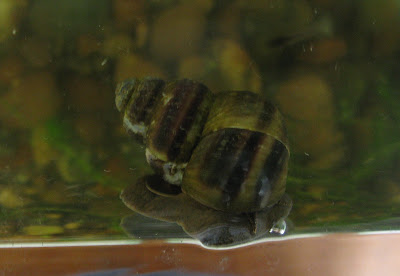 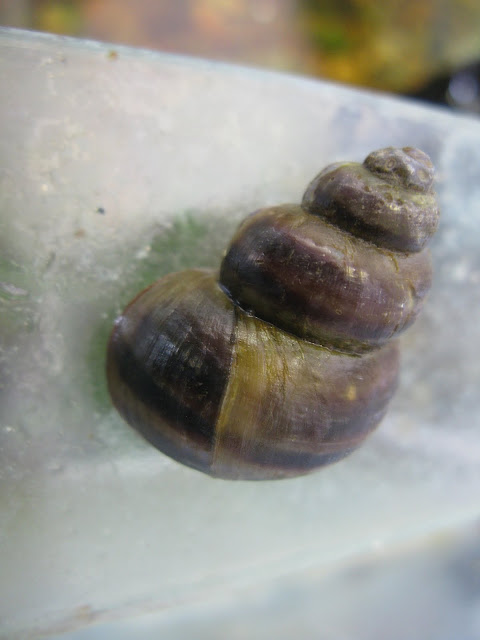