A new moth for Islay 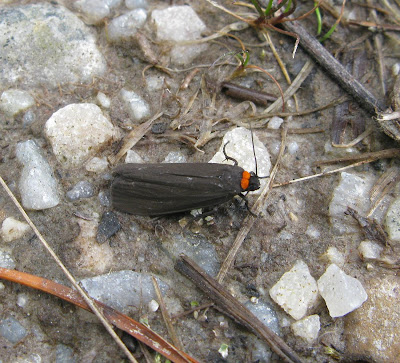 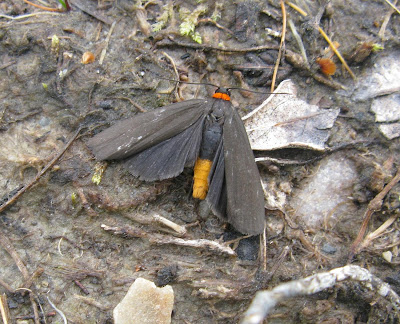 My observant son-in-law spotted this on the track just outside the Bunnahabhain forestry today. He has only a passing interest in natural history but thought this sufficiently different to call me over to look.
It is a Red-necked Footman (Atolmis rubricollis) and, according to the new 'Provisional Atlas of the UK's Larger Moths' recently published by Butterfly Conservation and containing records up to July 2010, it has not been recorded on Islay before. There is a record in the Atlas for Colonsay but I've been unable to find the details. It has not been recorded from Jura. Well done, Jim!
Its habitat is deciduous and coniferous woodland and it has been spreading north from south-west England and Wales into northern England and southern Scotland. There are now a few records for Central Scotland.
Malcolm
Posted by Islay Natural History Trust at 17:23