Having not trapped for several nights because of poor weather, I caught just four moths last night, which actually isn't bad for a cool night in early October. The four included two Angle Shades, which I hadn't previously caught this year, though they actually fly for much of the summer, and one Large Wainscot, which was also my first for the year, and only the third I've caught in five years trapping. This is a late-flying species, not flying until August, but staying around throughout October.
Malcolm 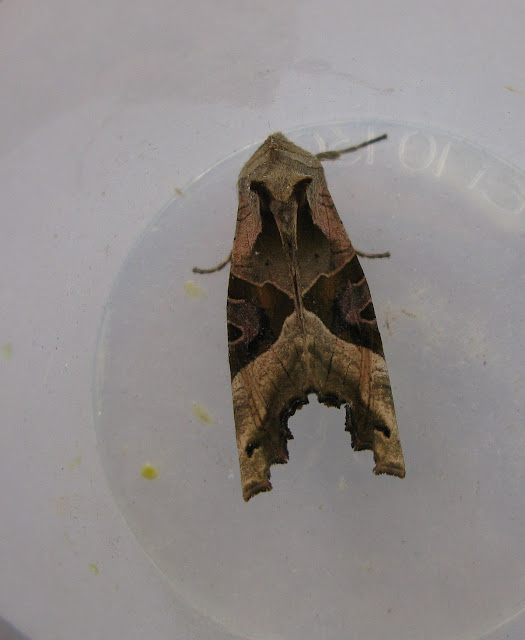 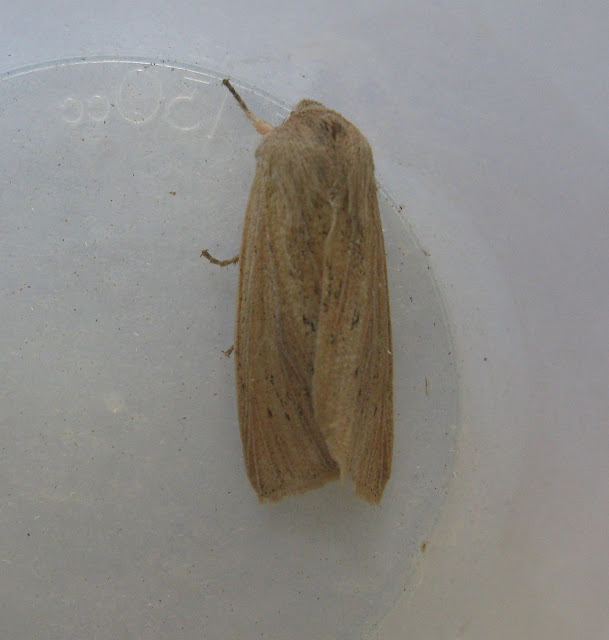