This tiny (2-3 cm tall) fungus has a long scientific name Trichoglossum hirsutum, and the English name of Hairy Earthstar. I found it growing on a grassy bank beside a track near Foreland. It has a scattered distribution in Britain, with a bias towards the west, and has been found in several localities in western Scotland, but with a conspicuous gap between Kintyre in the south and Moidart and Skye in the north. This gap began to be filled when Becky had the first record for Islay, near Kintra, in August 2011 (with a photograph posted on this blog), but at the time I don't think it was realised it was a first for Islay. So, now we do, and here's the second record!
Malcolm 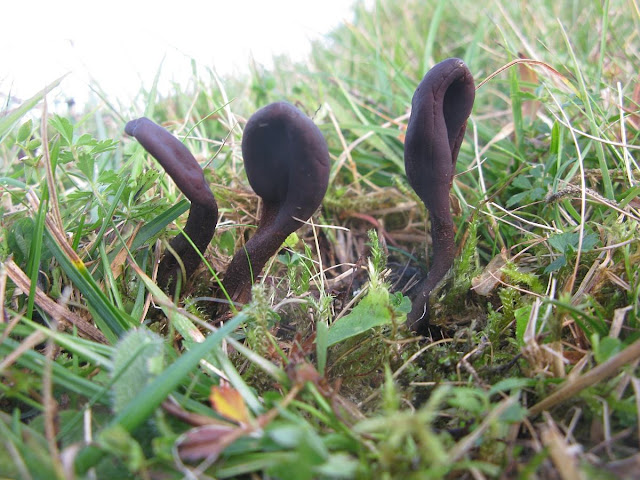