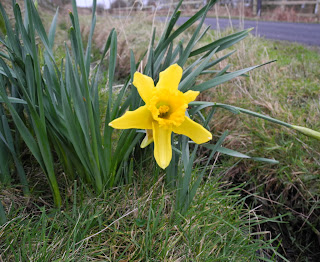 Loch Gruinart daffodils
I get the feeling Spring is on its way: the songbirds are singing, daffodils are appearing, and the bugs are out! Oh my favourite thing, the bugs! Here's a cheeky chap in my car, a 2 mm long weevil, possibly Protapion apricans from the look of it. Weevils in this genus feed on clovers and several of them are very common in Britain. In fact, weevils as a whole constitute the largest family in the animal kingdom, based on the number of recognised species. They feed almost exclusively on plants and plant material. 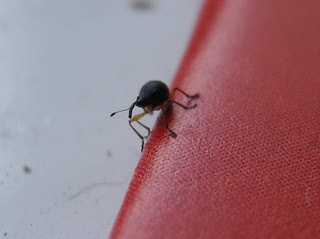 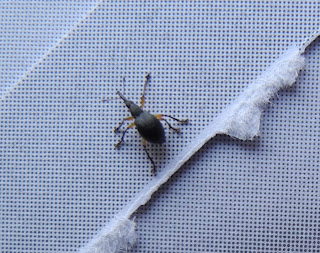 You may have noticed some long-legged flies dancing about above your head last weekend? Perhaps they are St Mark's flies, or similar, I didn't manage to get a picture. They are so called because they usually emerge around St Mark's day, 25th April. These flies spend most of their lives as larvae, feeding in the soil over the Autumn and Winter. After emerging, they live as adults for about a week, the males doing a mating dance while the females look on from some nearby vegetation, (keeping scores). They die shortly after mating and laying eggs in the soil. The males have massive eyes compared to the females, all the better for sighting and catching the females in the swarm and chasing off other males. They are important fruit tree and crop pollinators and the larvae feed on decaying organic matter and grass roots. 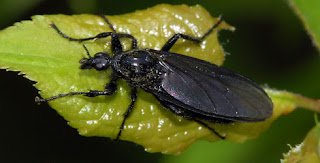 Photo by Fritz Geller-Grim
This is another obliging creature I've had in the house recently, that's about the fifth small tortoiseshell I've had in the last few weeks. It looked pretty fresh, perhaps the mild temperature has tempted them out of hibernation early. 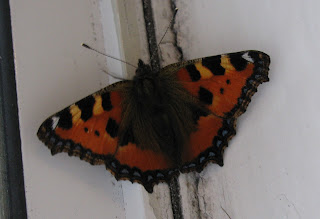 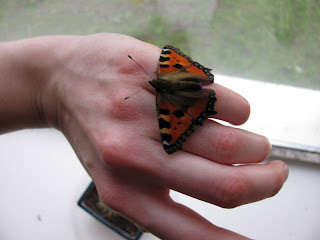