This very attractive moth was seen and photographed by Bob Davison in his garden outside Port Charlotte on Monday. It is only the second record for Islay of this migrant which comes to Britain every year, but in very varying numbers, probably from eastern Europe. The first was a caterpillar found by Fiona MacGillivray just outside the Natural History Centre in Port Charlotte in September 2003, which neatly proved that these migrants sometimes stay and breed. Indeed, following a large arrival in the 1980s, permanent colonies were established in East Anglia. And the reason for its name is that the caterpillar food plant includes members of the bedstraw family, as well as rosebay willowherb and fuschias. The photograph of the very distinctive caterpillars is by Dave Green and comes from the Butterfly Conservation website: www.butterfly-conservation.org. So now you know what to look out for in a few weeks' time!
Malcolm 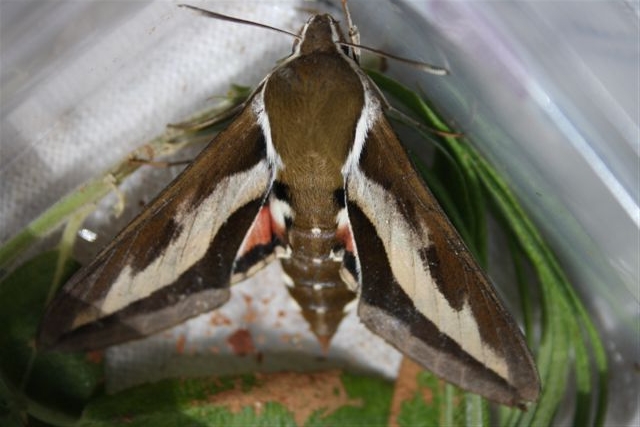 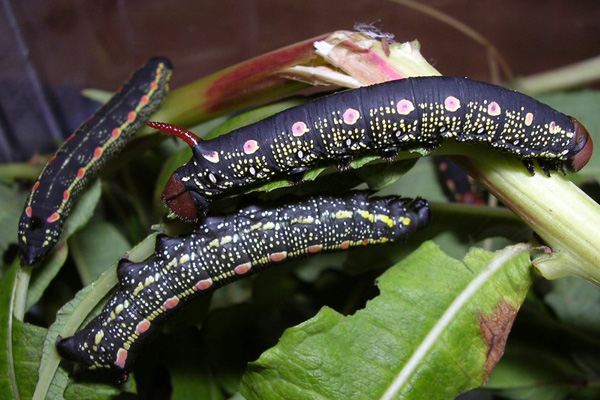