A new moth for Islay

Walking in the Killinallan dunes, yesterday, with Mark and Sally Johnson from Lincolnshire, this small (10-12mm) moth attracted our attention. It didn't like camera lenses too close and kept flitting from plant to plant, but never going far and, eventually, some images became possible. It is called the Small Purple-barred Moth and has not been recorded on Islay before. The only other records for this vice-county (Islay, Jura and Colonsay) are from Colonsay, one each in 1985, 2010 and 2012. It is one of the rather few moths that flies much more in the daytime than at night while its main foodplants, Common and Heath Milkwort, are abundant at Killinallan. 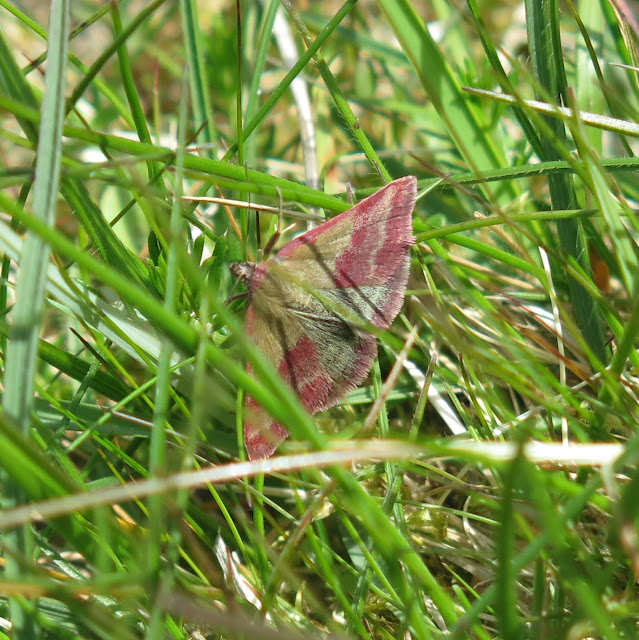