A small plant with a very long name 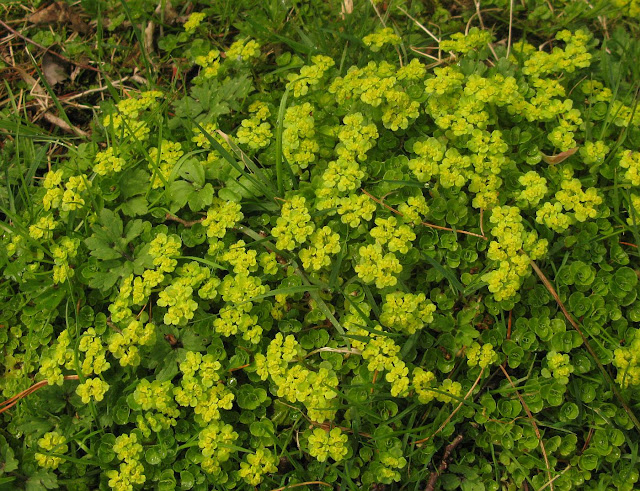 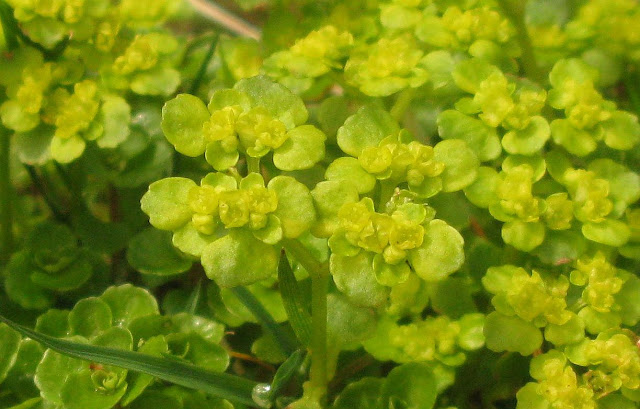 I don't know what this small, close-to-the-ground spring-flowering plant has done to deserve its names, but as if its vernacular name, Opposite-leaved Golden Saxifrage, wasn't enough, its scientific name is Chrysosplenium oppositifolium. It has a close relative, Alternate-leaved Golden Saxifrage Chrysosplenium alternifolium, which is less widespread and hasn't (yet) been found on Islay or any other of the Inner Hebrides. However, it is found in north Argyll and at two localities on Kintyre, and it often grows in damp woodlands together with its relative, so it might be here. You can rely on the names if you want to know how to tell the two species apart!
Malcolm
Posted by Islay Natural History Trust at 15:28