Mary McGregor found this moth on some dead leaves in the woods at Gruinart on Monday and wondered what it was as she couldn't find it in the usual Field Guide. And nor could I, but Danny Arnold, as always, came to the rescue and told me it was a Mottled Umber, one of the few moths that has a winter flying season (October to February). He also said that it is an amazingly variable moth which can be more or less black and white like this one through pale brown to dark brown, and sometimes with orangey markings, and only a few variations are shown in the Field Guide. This appears to be the third record for Islay. What must have been a caterpillar was recorded from Laggan in June 1941 while I saw an adult at the airport in February this year, which Danny also identified for me, but it was so different from this one that I didn't recognise it when I saw Mary's photograph!
Malcolm 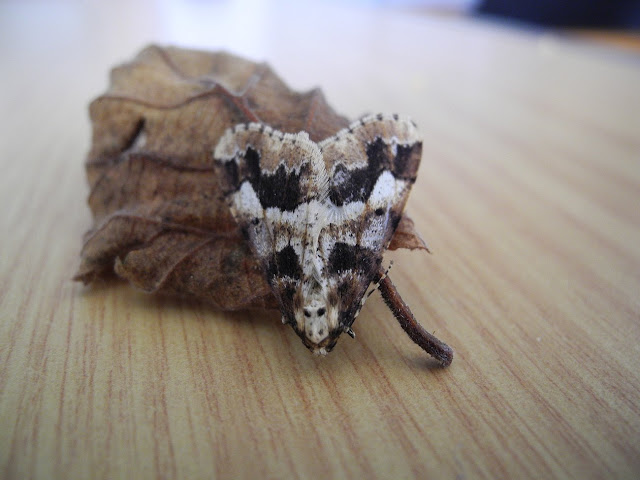