By the wind sailors

This evocative name is given to these oceanic floating hydrozoans (aka Velella velella) which get washed up on our beaches after westerly gales (of which we've had several recently). The RSPB's David Wood photographed these on Machir Bay last Saturday where he said there were hundreds on the beach. They still have some of their blue "flesh" which quite rapidly decomposes leaving the whitish inside "skeleton". From Wikipedia: "Each Velella is a hydroid colony, and most are less than about 7 cm long. They are usually deep blue in colour, but their most obvious feature is a small stiff sail that catches the wind and propels them over the surface of the sea". The sail is clearly shown in the photograph.
Thank you, David.
Malcolm 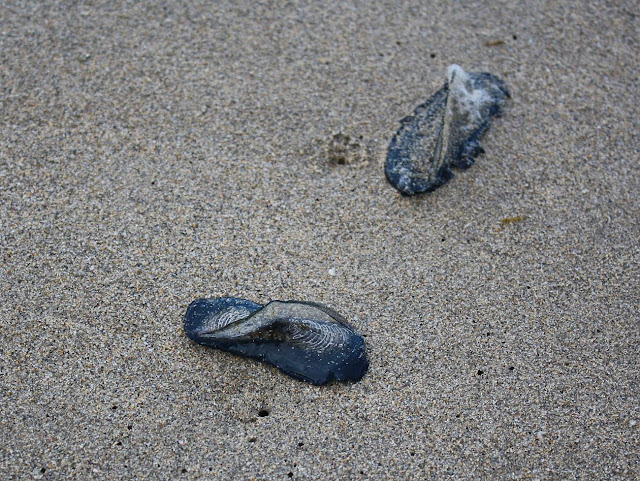 Labels: By the wind sailor, Velella