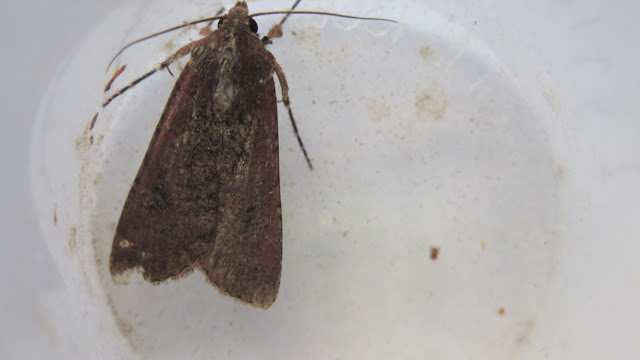 For the second time this year, I have caught a moth which has not been recorded on Islay before, or on Jura or Colonsay (which together make up vice-county 102, the South Ebudes, the division used for a lot of biological recording). It is called the Pearly Underwing and is unusual in being a migrant from the near-continent which can turn up in pretty much any month of the year. Numbers arriving in Britain vary enormously from year to year, sometimes being abundant and reaching as far north as the Shetlands but in most years only coming to Scotland in very small numbers while, in other years, there may only be records from southern England. Anyway, a few nights ago, when it was rather cold and windy, I caught just three moths overnight, two common and this one completely new. It's certainly not a spectacular looking moth, but once you expose its underwing, it is obvious where it got its name. 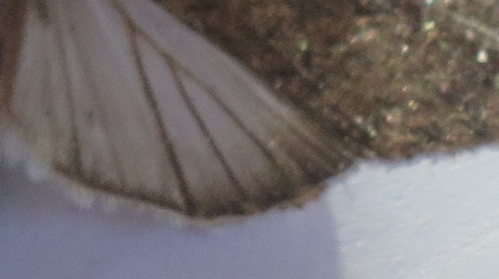