A most adventurous nature Ramble to the Giant's Grave archaeological dig. 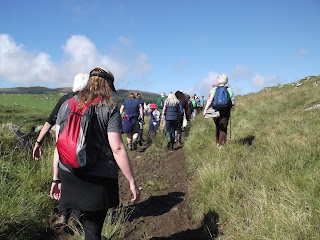 A keen band of 24 adventurous souls set about the long walk through the forestry with the guidance of Steve Mithen to the archaeological dig of the Neolithic burial tomb known on the OS map as the Giants Grave. 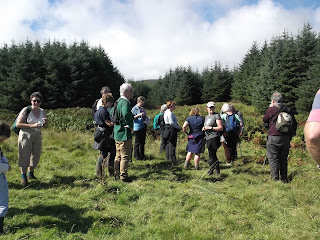 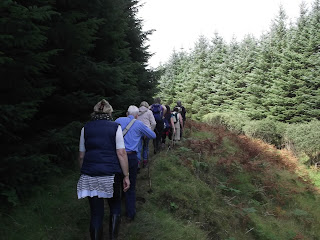 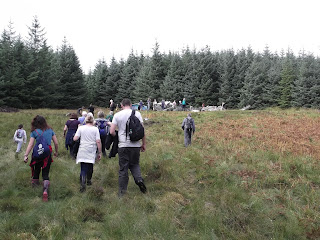 In previous talks many of us had heard about the findings from last year and this was an opportunity to see the dig in progress.  The large megalith slabs of stone which make up the remaining structure are impressive and to think were moved into position by ancient peoples without the modern lifting devices of today.  The painstaking work of the staff and students removing the peat and soil debris of thousands of years to uncover the clues of the ancient past and the ability to read these and surmise and predict what went before is an impressive undertaking. 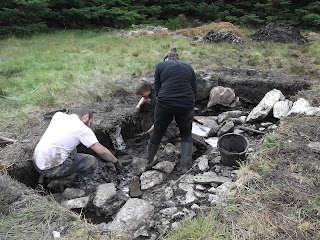 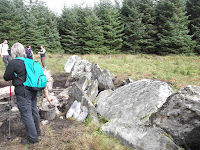 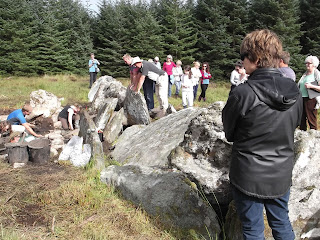 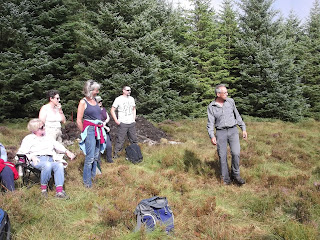 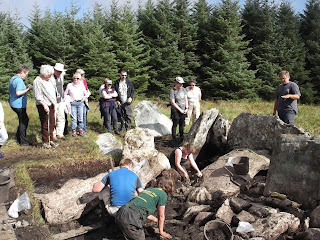 The views which once could be seen from the site and the impressive nature that the original structure would have afforded on the landscape is now obscured by a .  Deer move along the rides and bright red toadstools (The Sickener - Russula emetica) grow under the thick canopy.  Goldcrest and Coal Tit could be heard in the canopy and the late flowering Devil's Bit Scabious provided a peppering of intense purple/blue.

Lichens and mosses have taken hold on the Megaliths too. 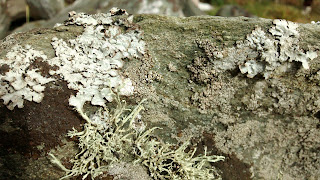 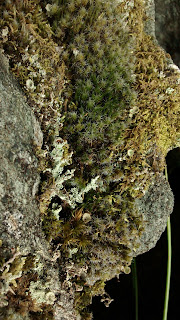 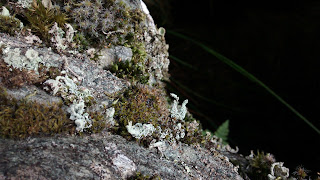 It is not until the decent out of the trees and the view south across that you can appreciate something of what the views from the site might have been like. 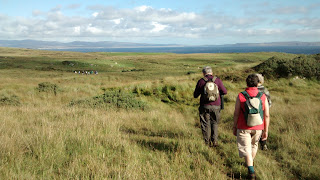 Thank you to all those who came along and hope the footwear dries out soon!