After a very poor year for moths in 2012, the year just ended was *much* better. My own garden total was 2,934 moths of 124 different species from 59 trapping nights. Last year's figures were 1,034, 101 and 52, respectively. My 2013 total included two new moths for Islay - the Miller (see photo) and one of those pesky little micros which the very kind and knowledgeable Danny Arnold, who is a regular visitor to Islay, identified for me. He also identified a new micro for Islay caught by Becky Williamson, who traps in Bowmore, and another caught by Dave Wood, who traps on the RSPB's Oa reserve.
It will be, as always, interesting to see what the coming year will bring. In the meantime, a very Happy New Year to everyone who reads our blog.
Malcolm 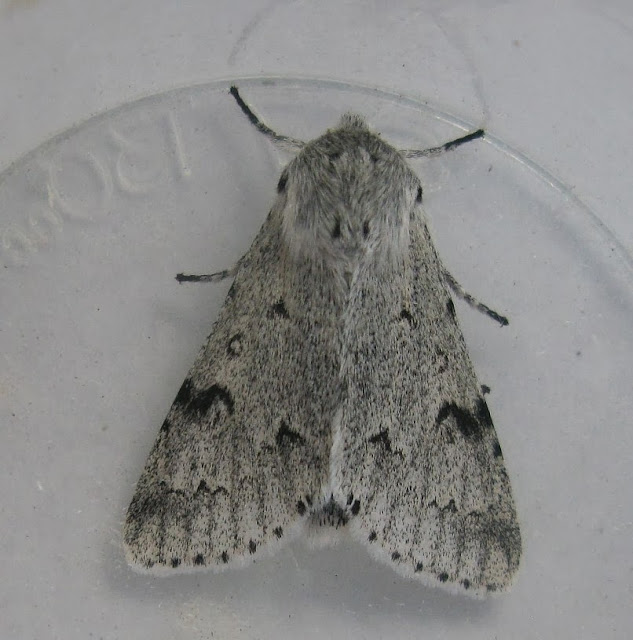