Bob Davison was sea-watching on the point overlooking Frenchman's Rocks yesterday when he spotted a Black-browed Albatross - a wonderful sighting. This is, of course, a Southern Hemisphere species, but every so often one makes it into the North Atlantic, sometimes staying for years, like the one which turned up annually at the Gannet colony on Unst, Shetland, for more than 20 years during the 1970s to 1990s. More recently, one was seen at the Gannet colony on Sule Sgeir (north of Lewis) from 2005 to at least 2007.
This year, one was seen a number of times in the English Channel (Jersey, Guernsey, Dorset) between February and June, but in September it was seen off Anglesey and the Isle of Man, so assuming it is the same bird (really rather likely), it has been moving steadily north to arrive off Islay.
Here's a photograph of a Black-browed Albatross, not the one Bob saw, but one of many I saw near South Georgia four years ago.
Malcolm 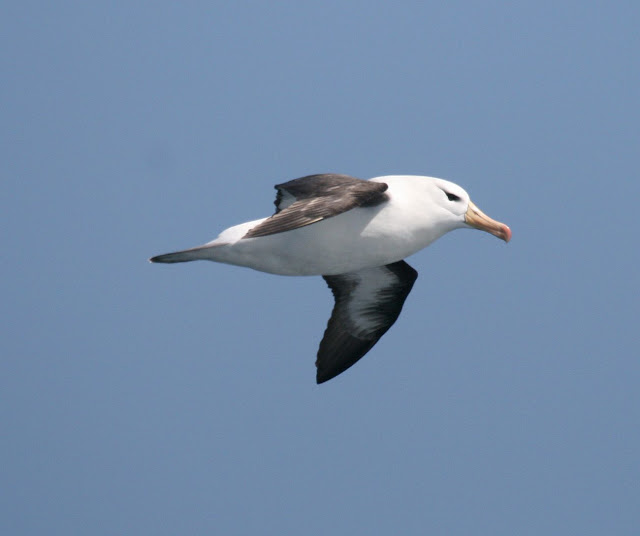