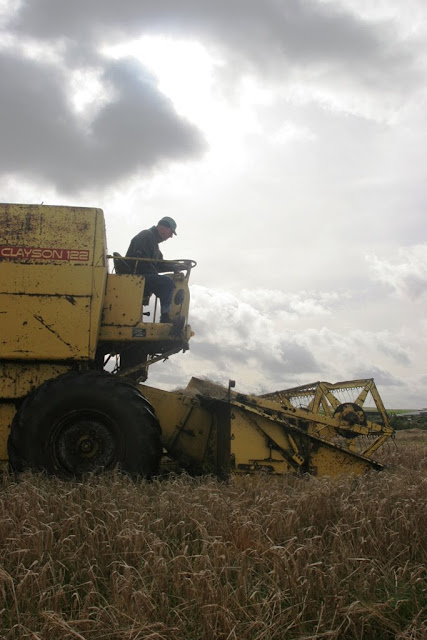 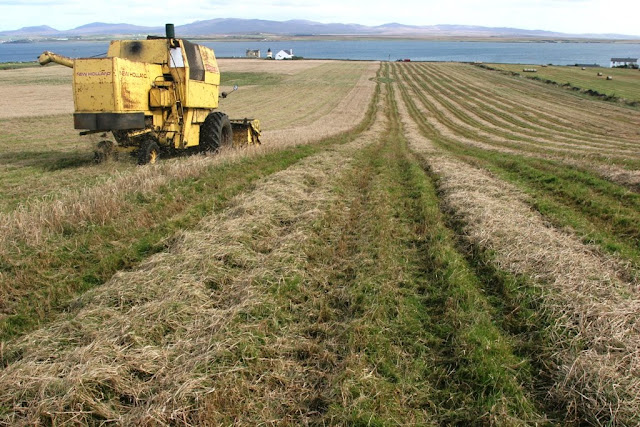 The combining of the barley has gone reasonably well.  It was rained off last night, but somehow they managed to miss the showers today - there was torrential rain at Uiskentuie this morning while they were combining at Octomore in glorious sunshine.  The rain and wind of the past week has resulted in some losses of yeild - but it could have been a lot worse.

There were clouds of birds to accompany the men and machinery.  Around a hundred pure Rock Doves and a large flock of Starlings were perhaps the most spectacular, but there were uncountable numbers of Meadow pipits and Skylarks rooting about in the straw - I watched them diving right into the piles, presumably to catch insects.  About fifty Grey-lags went overhead at one point, probably sussing out their evening meal, and there were goodness knows how many Swallows hawking low over the stubble.