The MCS Adopt-a-Beach and MCS Beachwatch are coastal environmental initiatives organised by the Marine Conservation Society (MCS), involving local individuals, groups and communities in caring for their coastal environment. The MCS Beachwatch project is now in its 18th year with thousands of volunteers taking part every year, making Beachwatch the most influential fight against marine litter in the UK.

MCS Adopt-a-Beach extends the monitoring to 4 times a year, one of which can be the Beachwatch Big Weekend event. 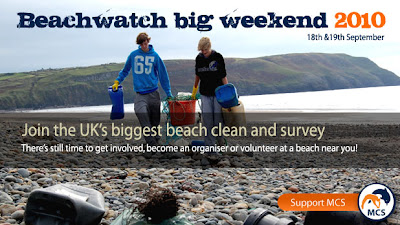 The Islay event is organised by Re-JIG - contact Polly on 810880
Posted by Islay Natural History Trust at 11:24