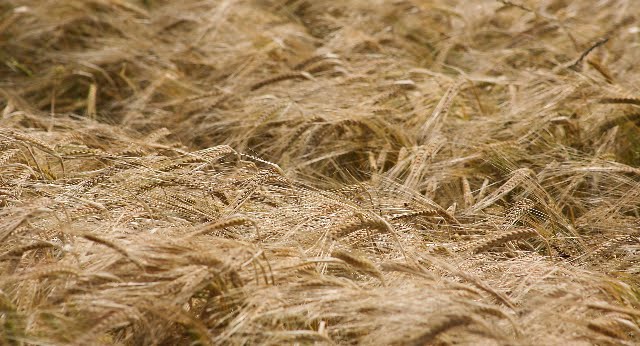 It would be hard not to have noticed that much more barley has been grown on Islay during the past two summers - largely because Bruichladdich have created a market for it.  They wish to make as much whisky as possible using barley that is grown on the island.  Growing barley for distilling is quite a high-risk business, but things have actually gone rather well so far, and the hope is that this year the yield from Islay should top a thousand  tons.
The harvested grain is being shipped to a new drying and storage facility at Octofad, and inevitably this has led to small spillages en-route, which have in turn led to increased numbers of birds, particularly House sparrows feeding on the roads.  The entrance to Octofad has a seriously impressive flock at the moment!!
Posted by Islay Natural History Trust at 23:19